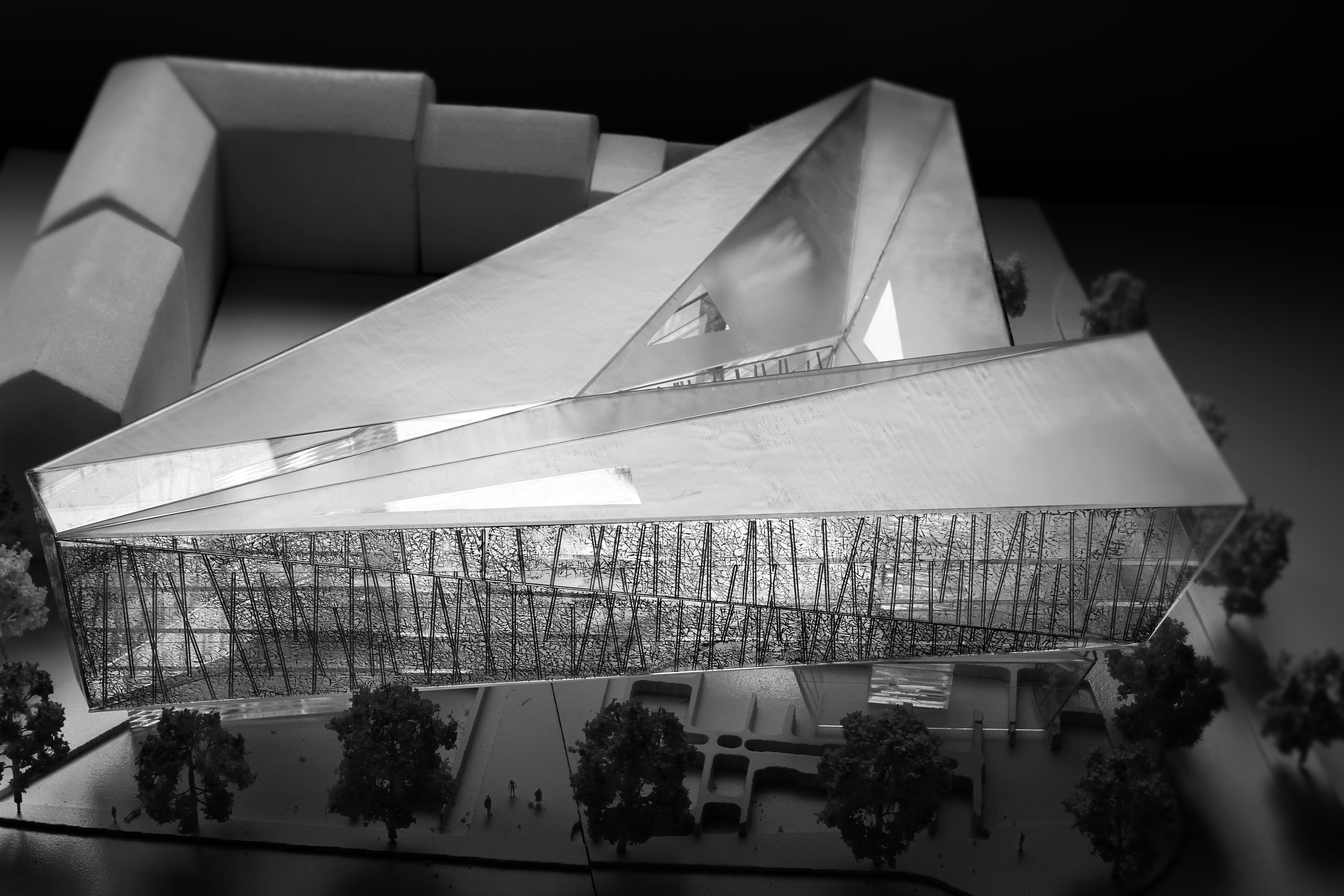 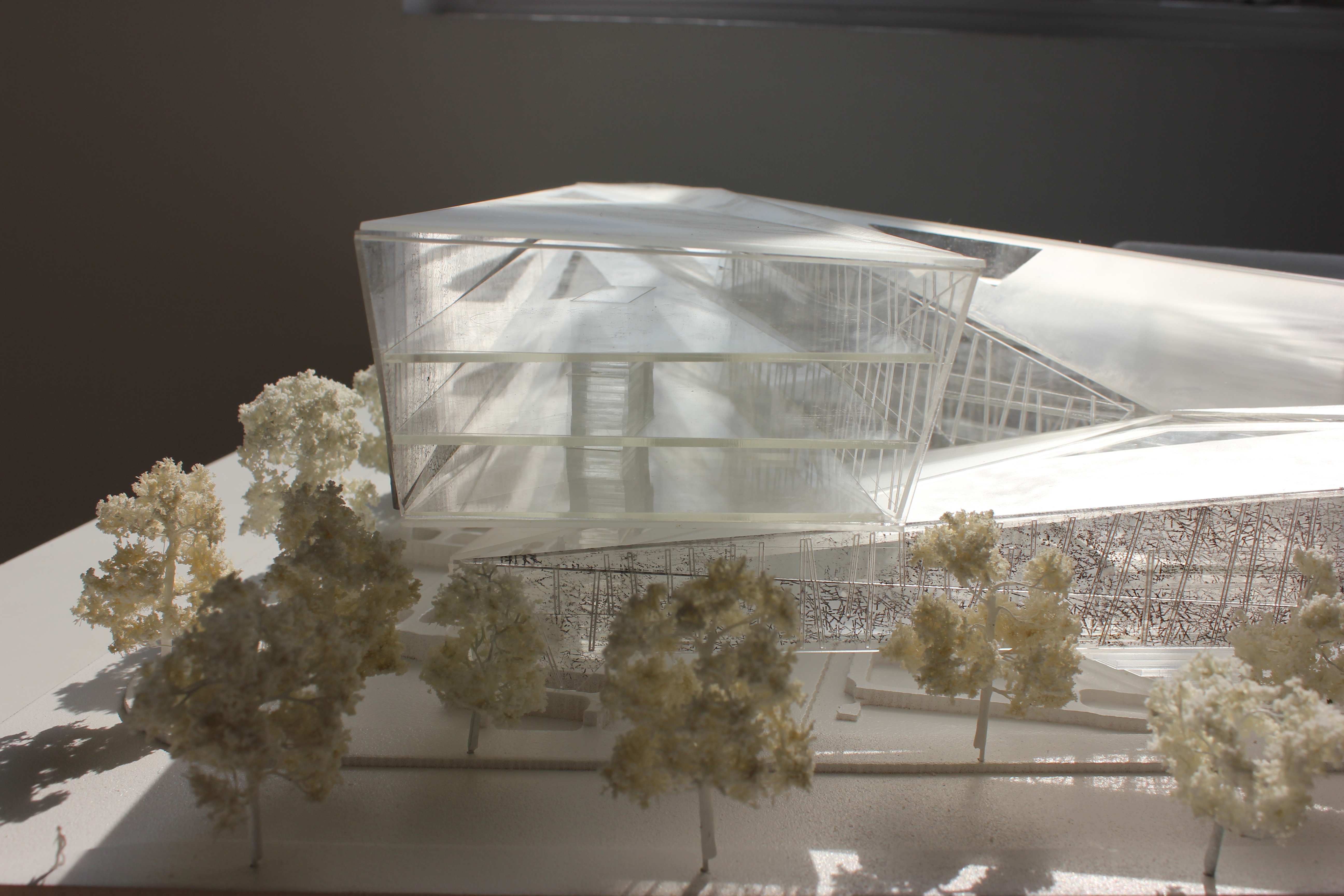 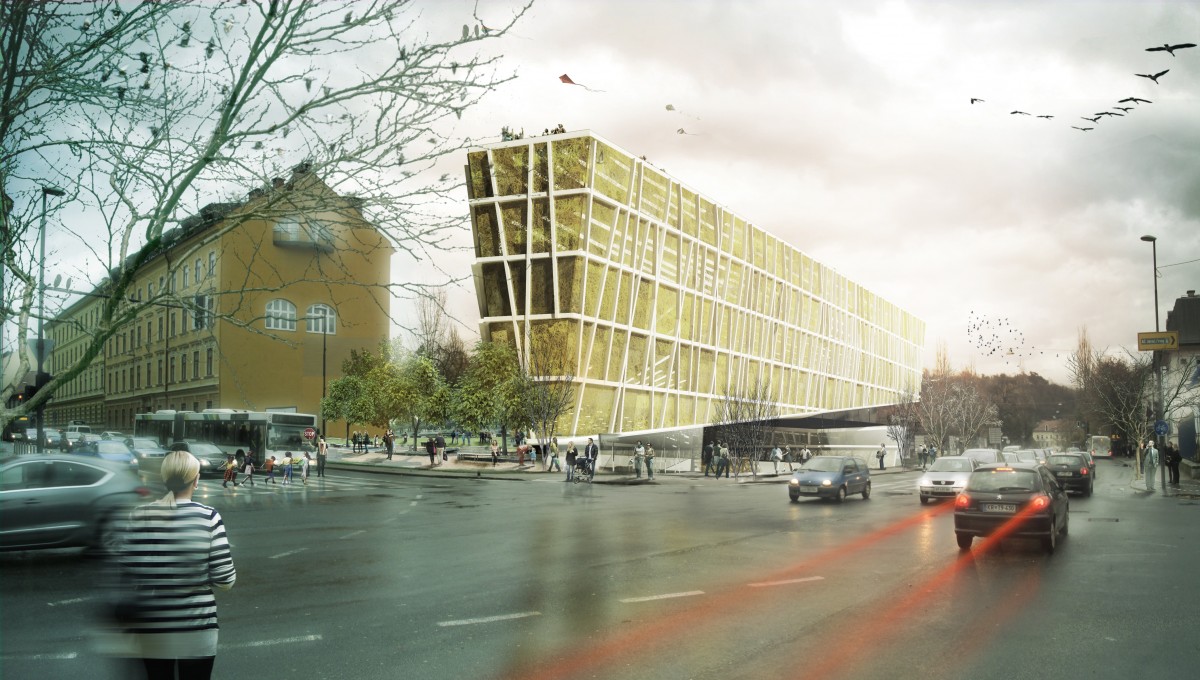 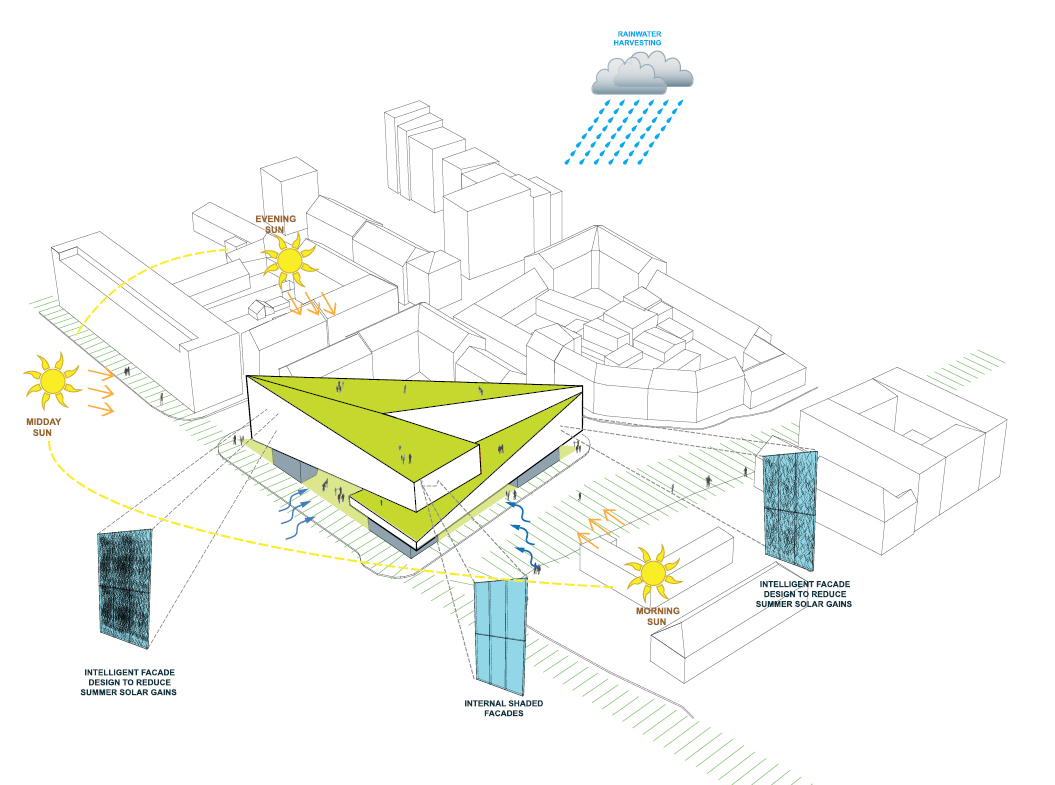 The design approach for the National and University Library NUK II re-evaluates what a library should be in the 21st century; and in doing so allows the new library to become an iconic symbol for Ljubljana.

The design process can be described through a single moment, a framed view of the gothic roofs of the old city in Ljubljana.  This moment where you begin to see the city in a different light, not from a pedestrian point of view, but an elevated one, was the main driving factor behind the project.

The NUK II offers a variety of external and internal public spaces that caters for a range of formal and informal environments for social interaction and cultural exchange.

With the ground floor largely occupied by the display and exploration of the Roman ruins, the provision of a larger and more flexible public space is proposed on the roof. Soft and hard landscaping winds itself up along the roof to the top of the building allowing for magnificent views over the old city centre and towards Ljubljana Castle.

The volume of the new structure forms a block that largely follows the perimeter of the site boundary and leaves a small internal courtyard to bring light and air into the deep floor plate and on to the exposed roman ruins below.

However, what appears to be an introverted approach is in fact a contemporary interpretation of the urban block which provides different degrees of permeability by winding upwards and partly overlapping each other.

The concept builds upon the culture of hiking and further reinforces this through the use of material associated to such activities. The use of hay in the façade, as a screening and performative element, reconnects the building to Slovenia’s historical past. Analytical software was used to ensure the facade and internal spaces received appropriate amounts of sunlight, and the vistas were protected while preventing issues with glare.

In this way the library becomes more than just a building containing books and becomes an active part of the cityscape.