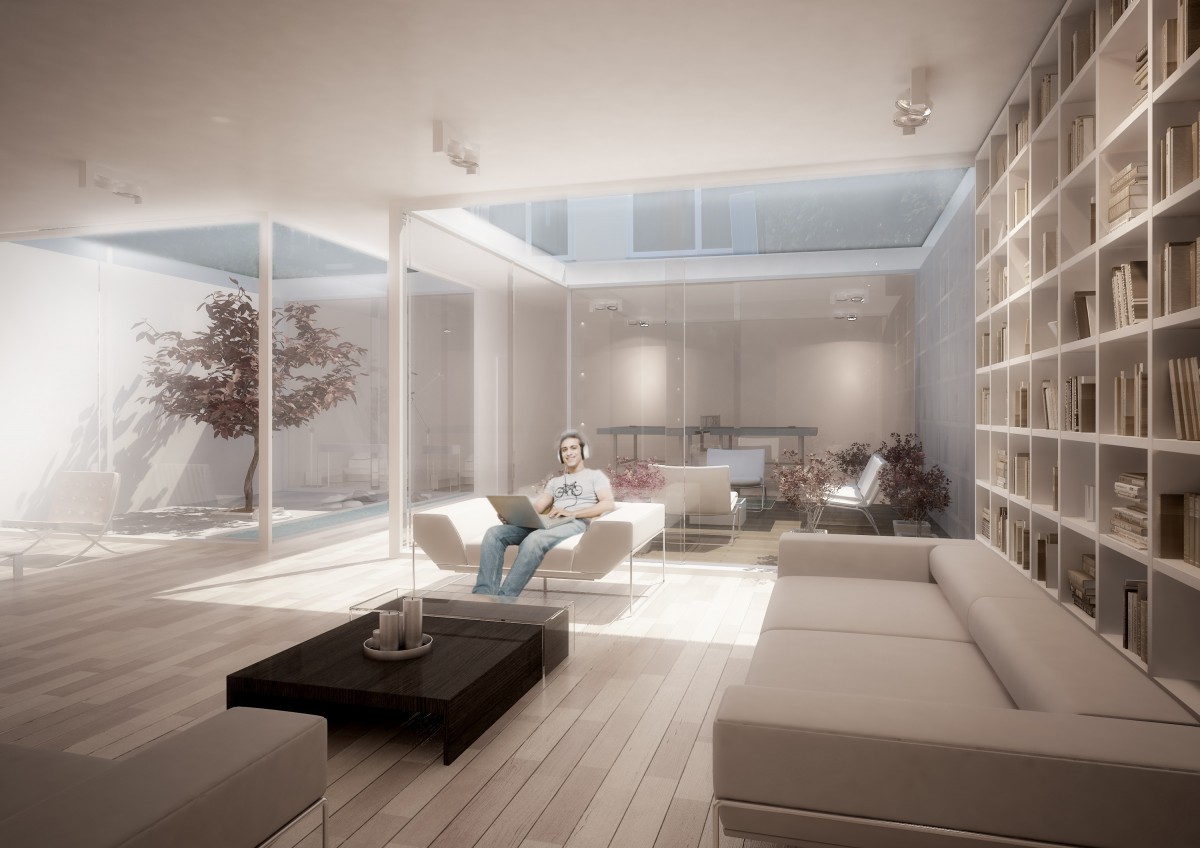 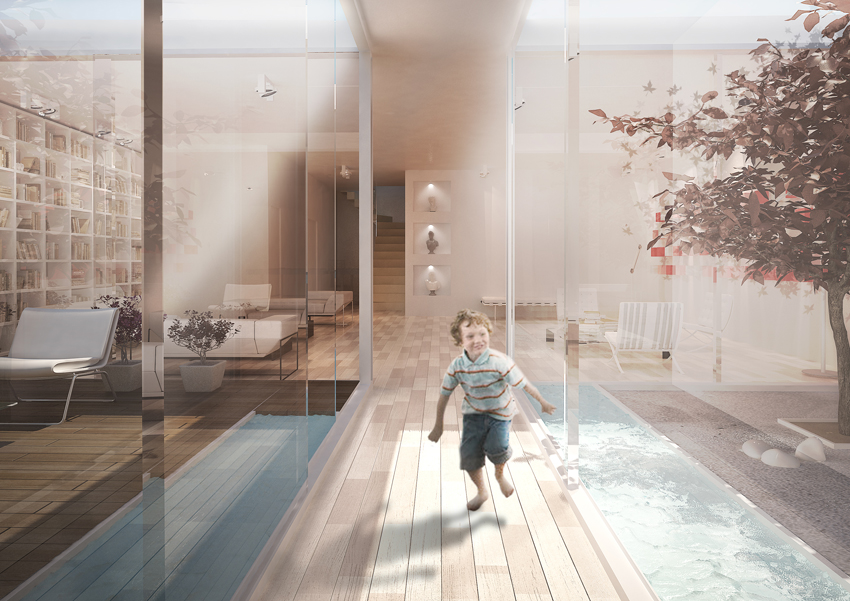 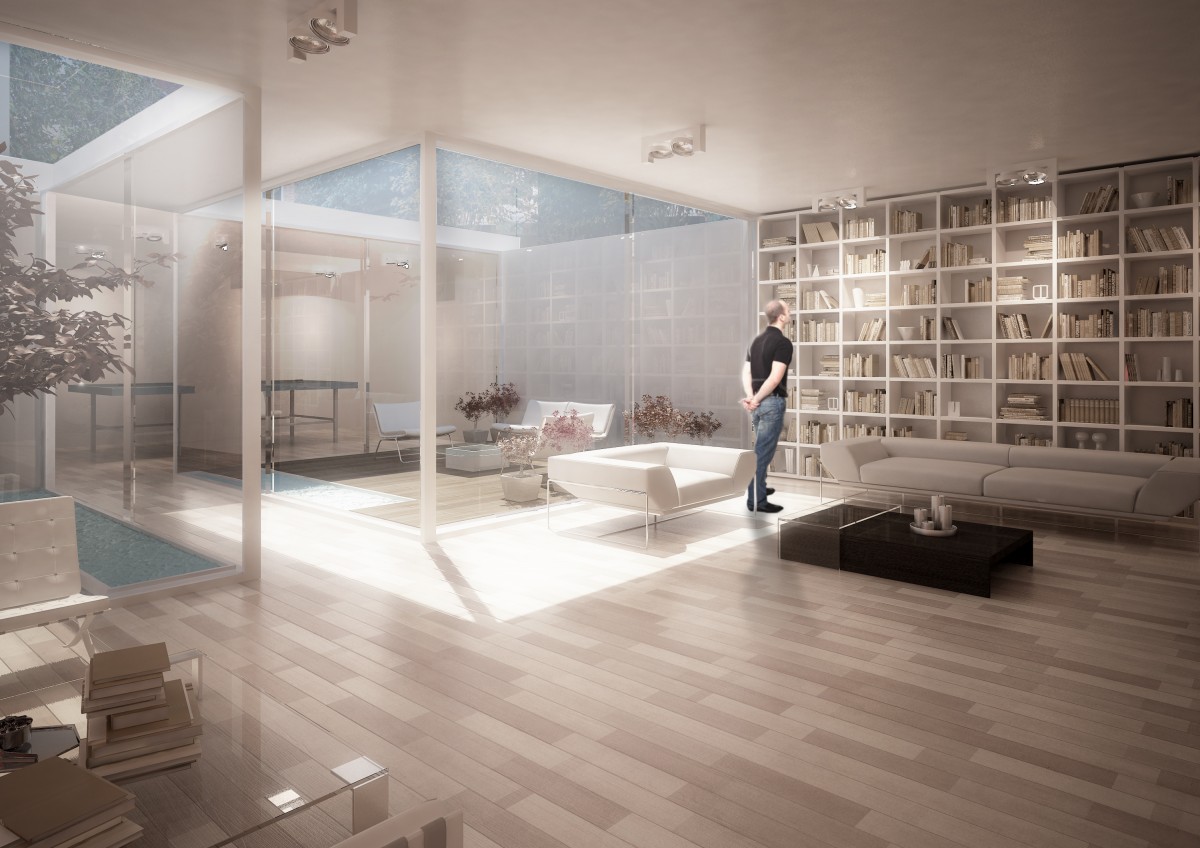 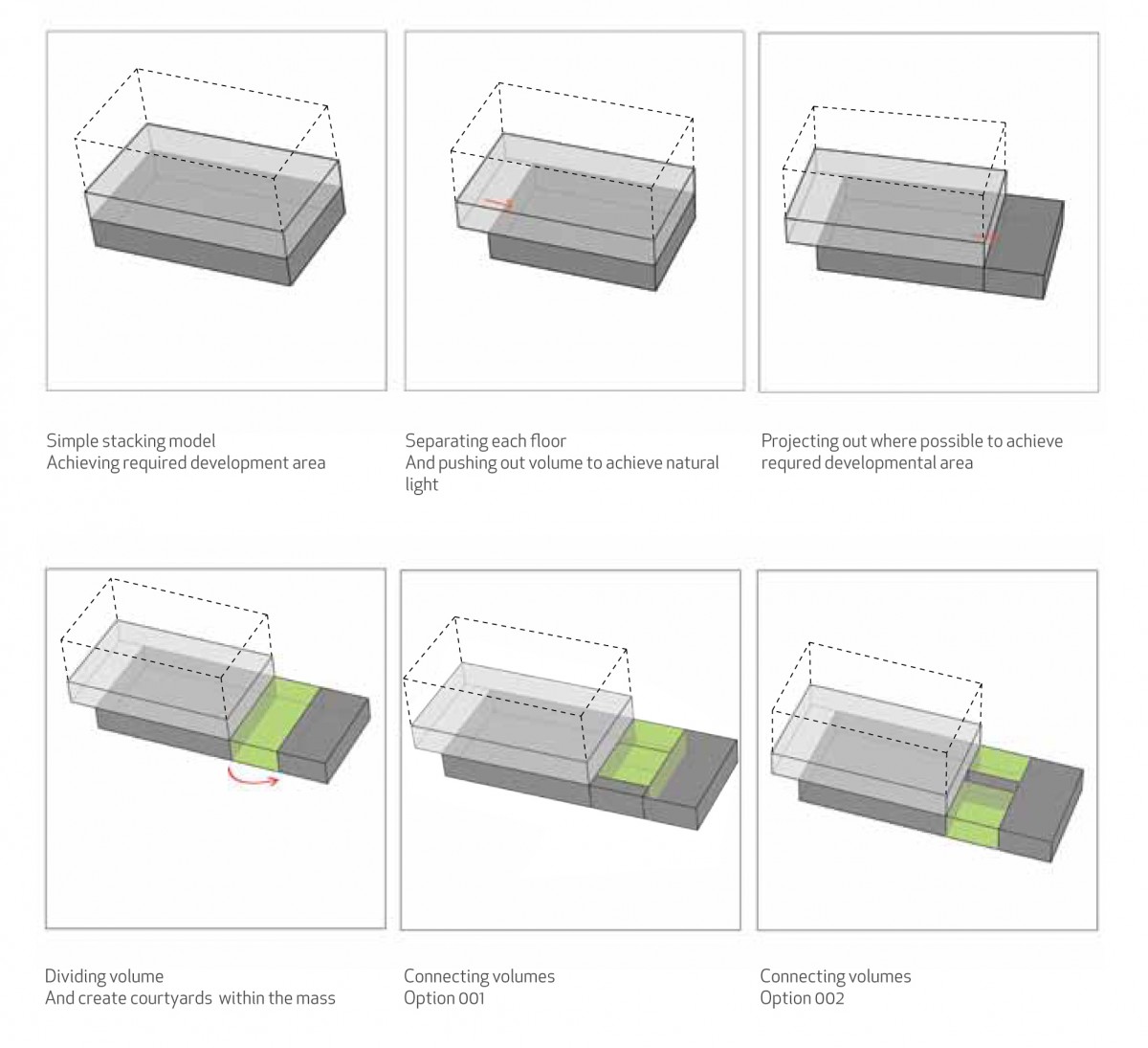 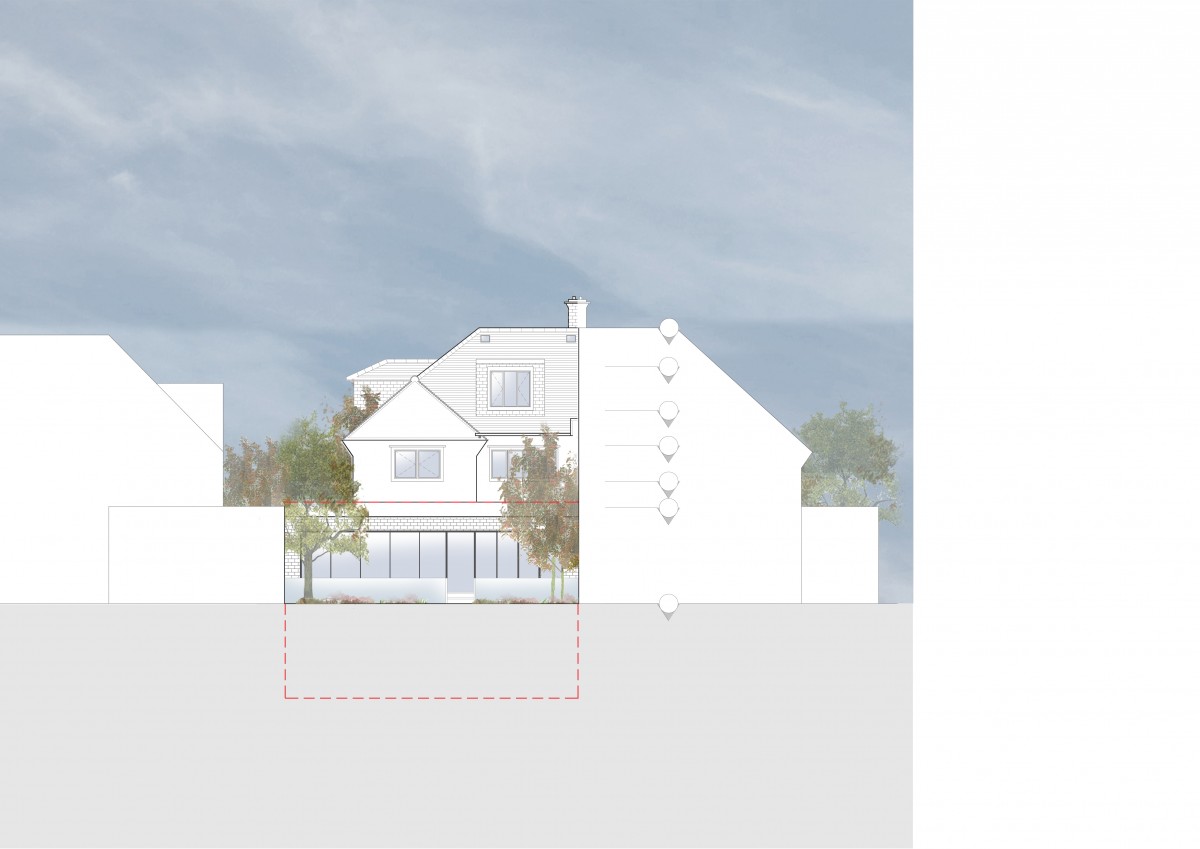 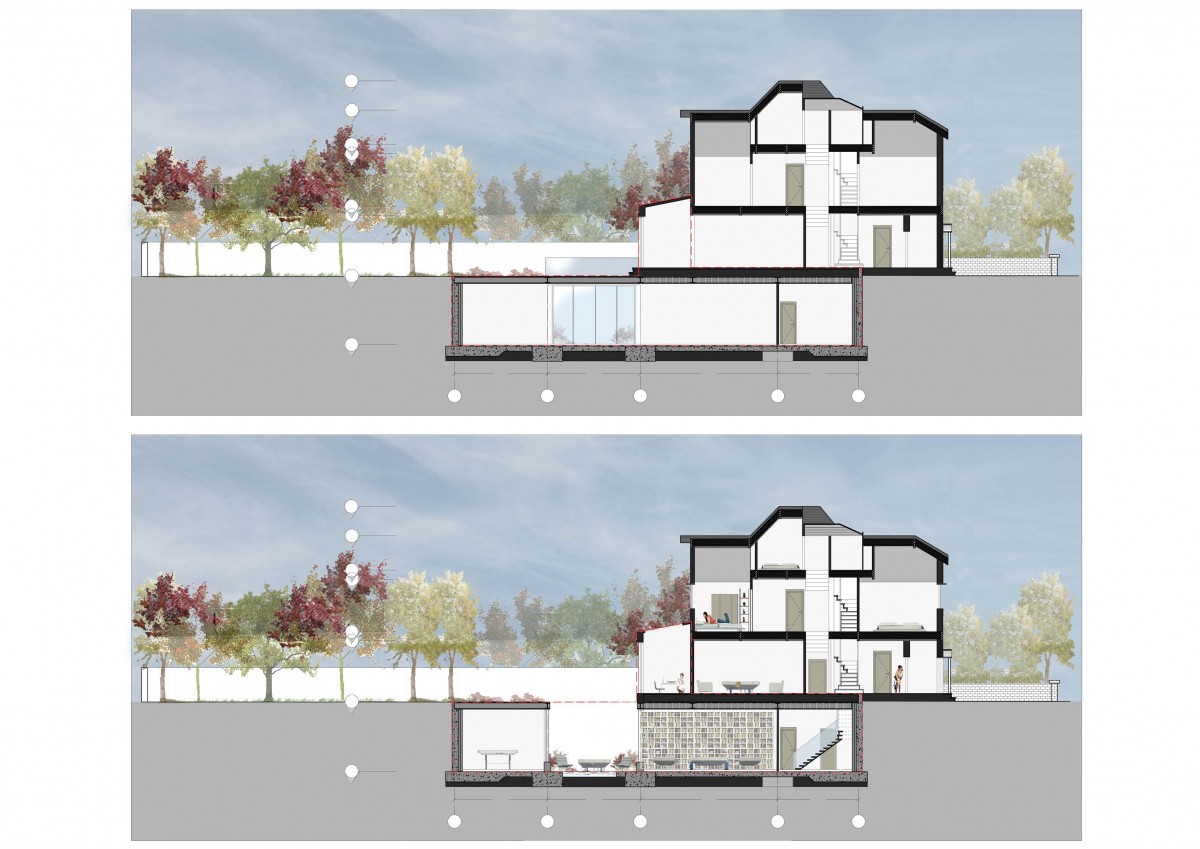 The proposal seeks to address the reorganisation of a single family house through a ground floor and basement extension.

The property had previous been extended by the same owner and the kitchen relocated to what formally was the garage, this had increased floor are but resulted in quite unusual and unusable space being generated. With vast formal entertainment space the family was forced to used a front room as the main family space. The client was seeking a basement extension which would allow the family space to be moved downstairs and the ground floor to be reorganised for entertainment.

Our challenge was to address this so that the spatial quality of the basement would be such that the family would be
comfortable to spend time there. Through a number of proposals we were able to show the client the spatial quality
achieved through traditional means of basement extensions and how through the use of a simple sunken courtyards
this could be transformed.

The impact of the basement extension is reduced by hiding the bulk of the extension under the garden, in this way the visual impact is minimised and the green roof can be used as part of the garden.

The simple use of sunken courtyard meant that the family space which would be relocated to the basement would be space which would cater for the clients family and their needs, this proposal was submitted to Barnet council and planning gained in July 2012