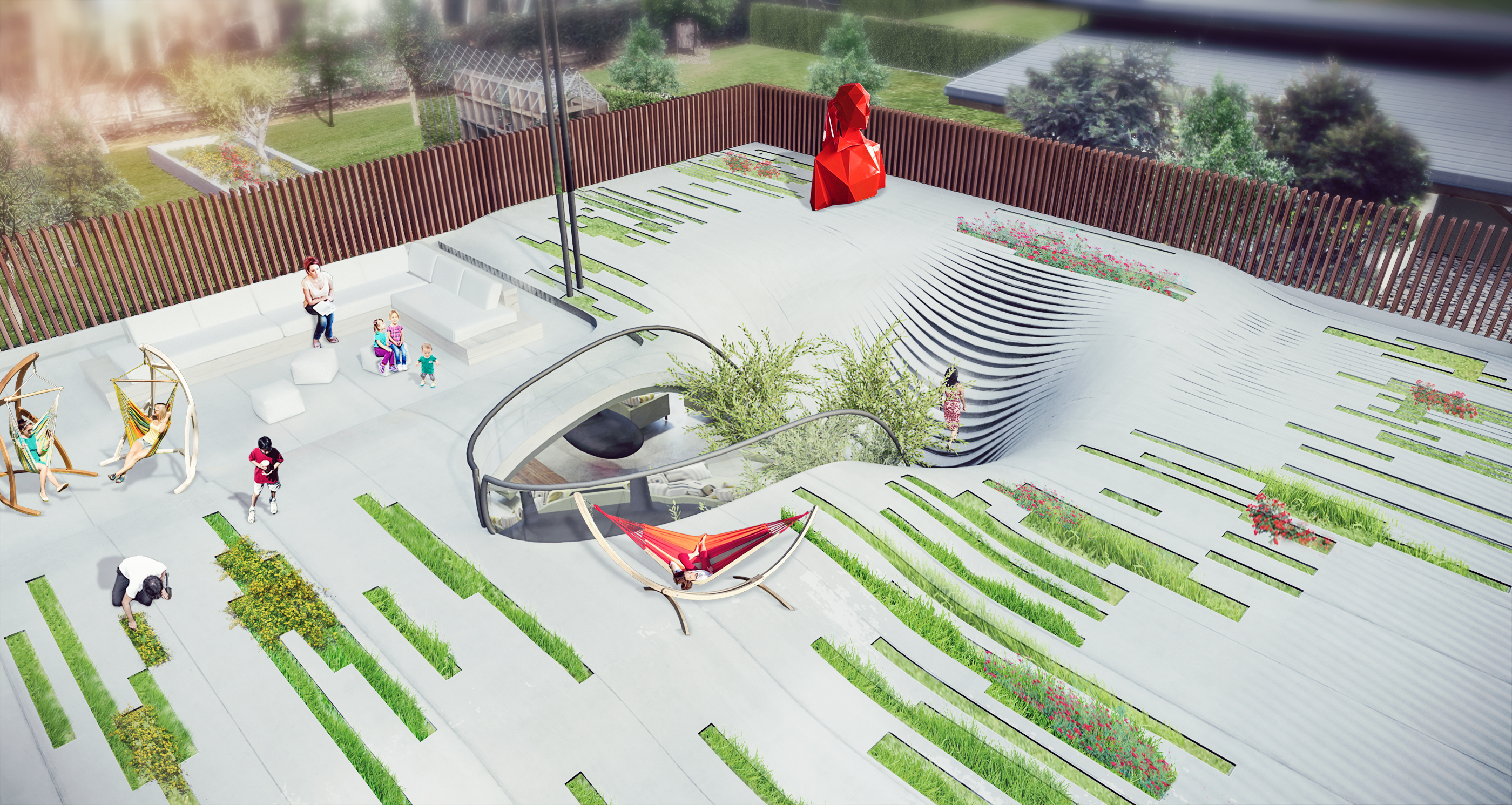 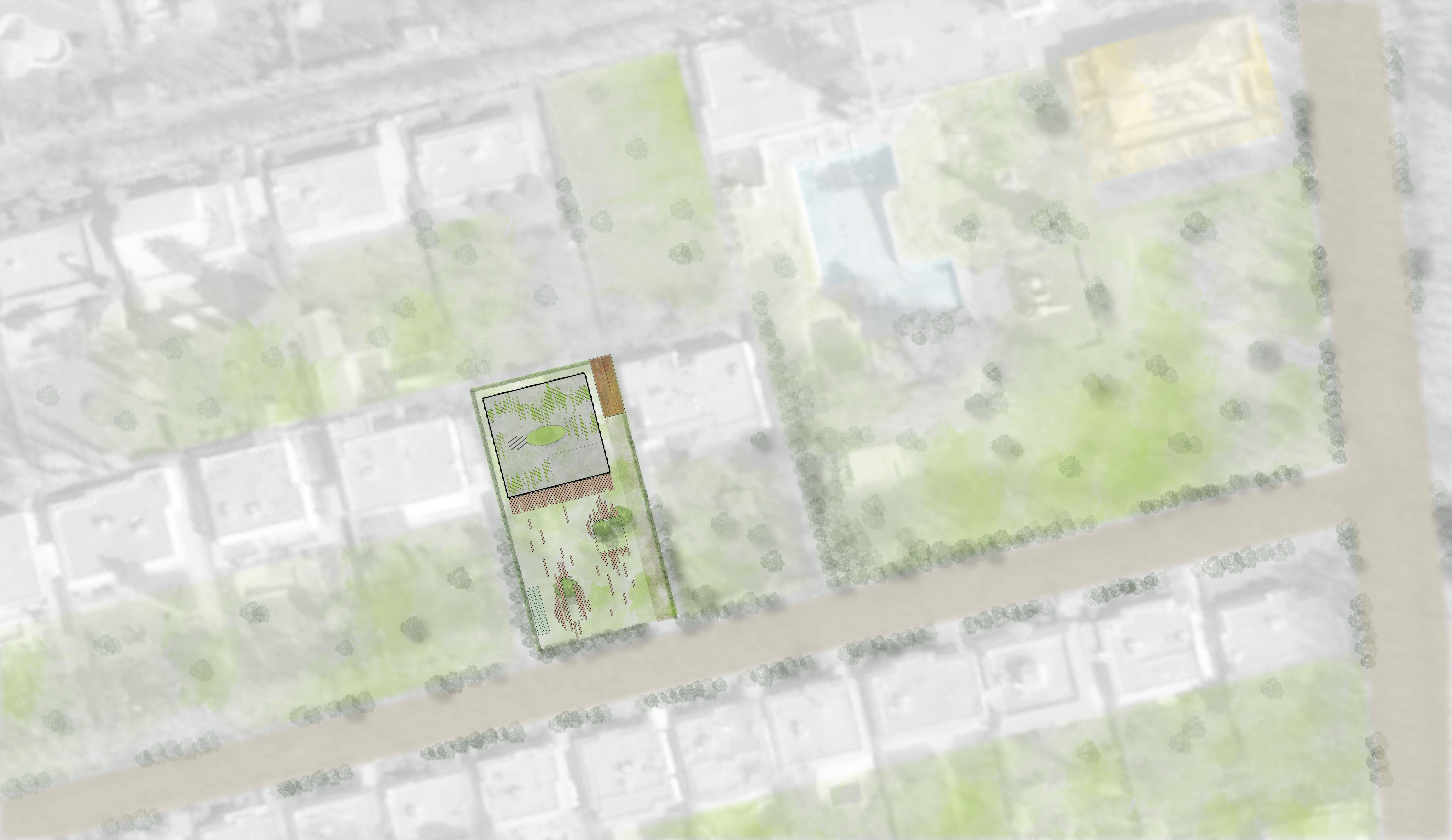 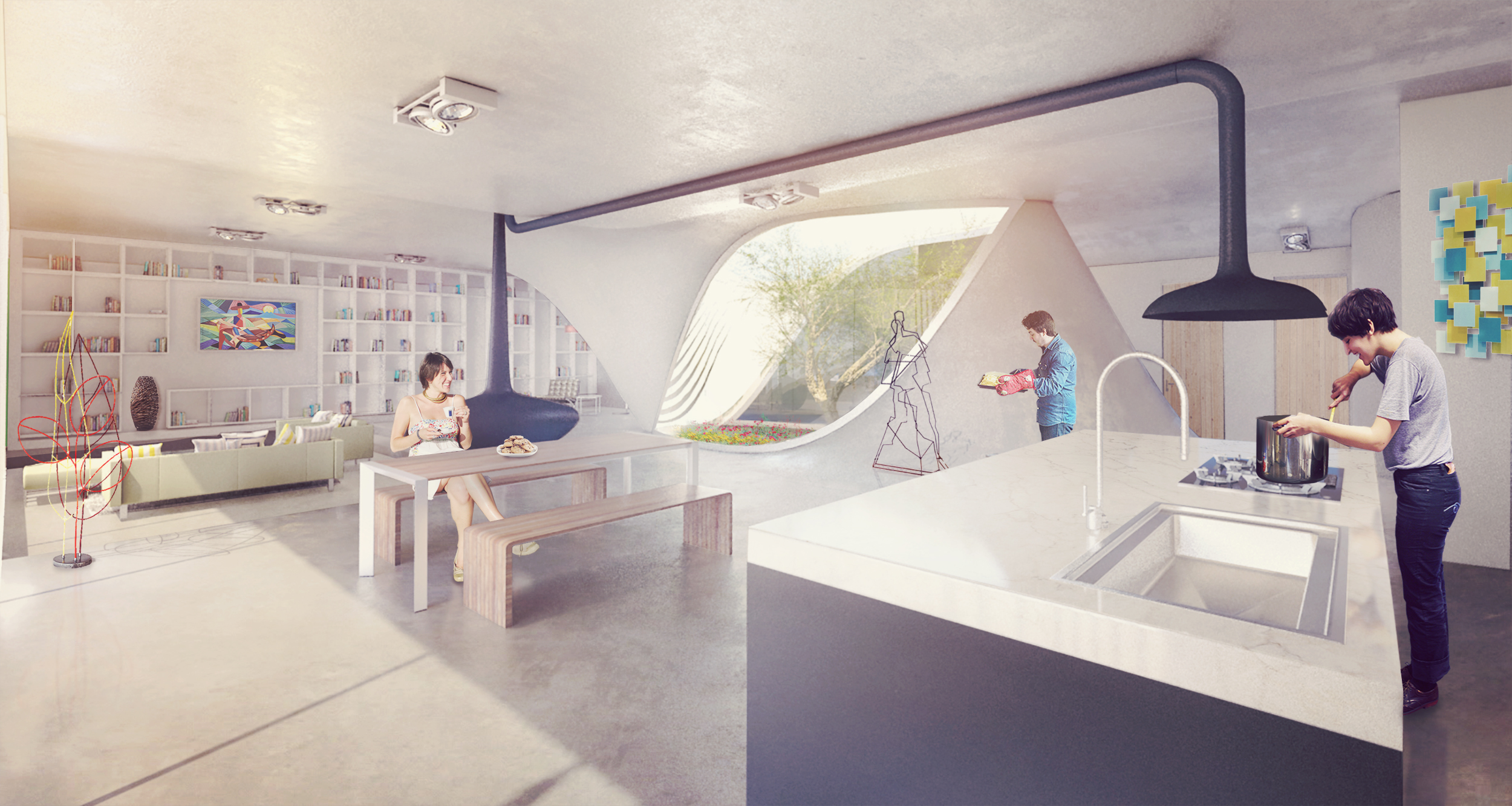 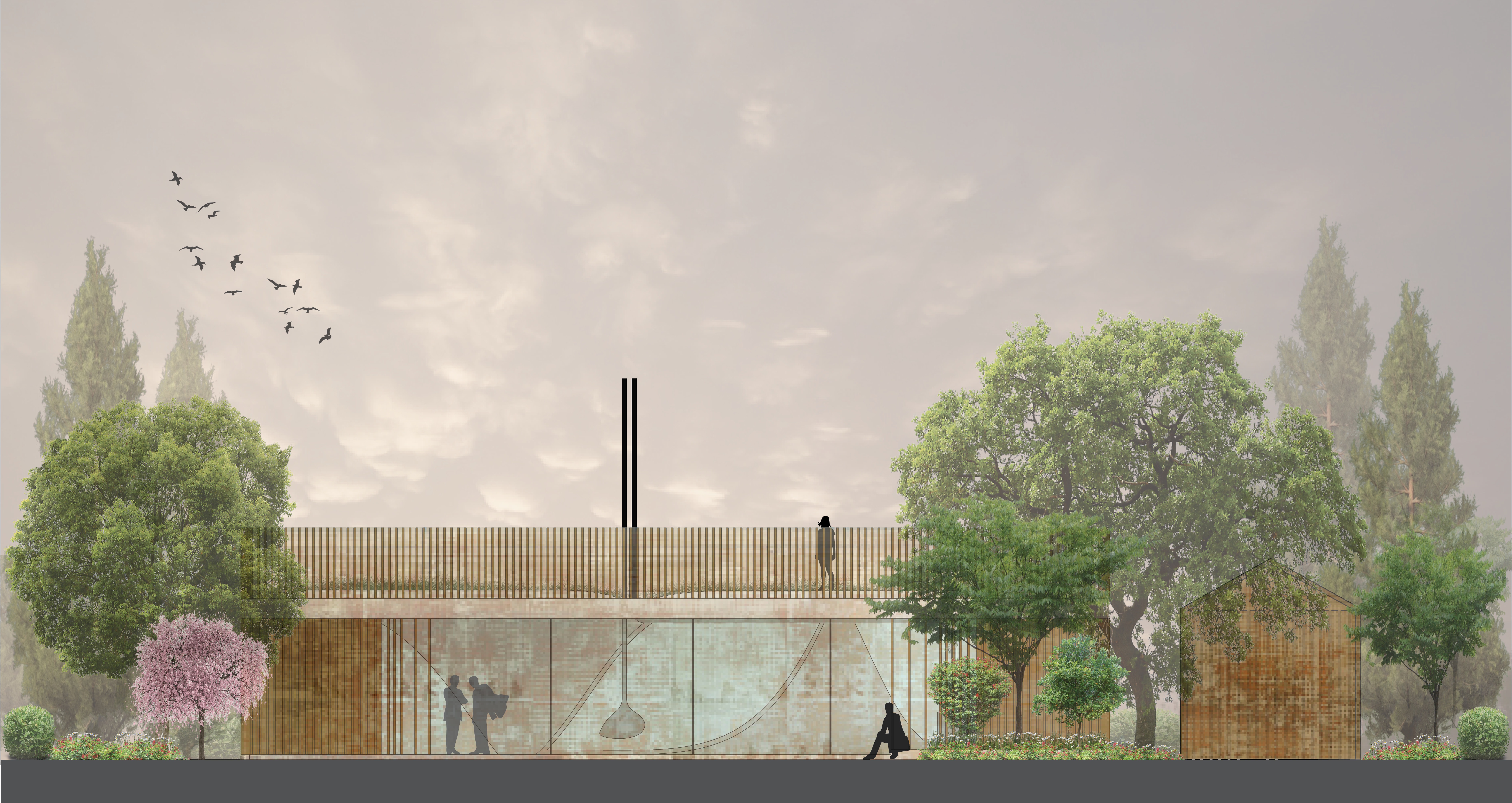 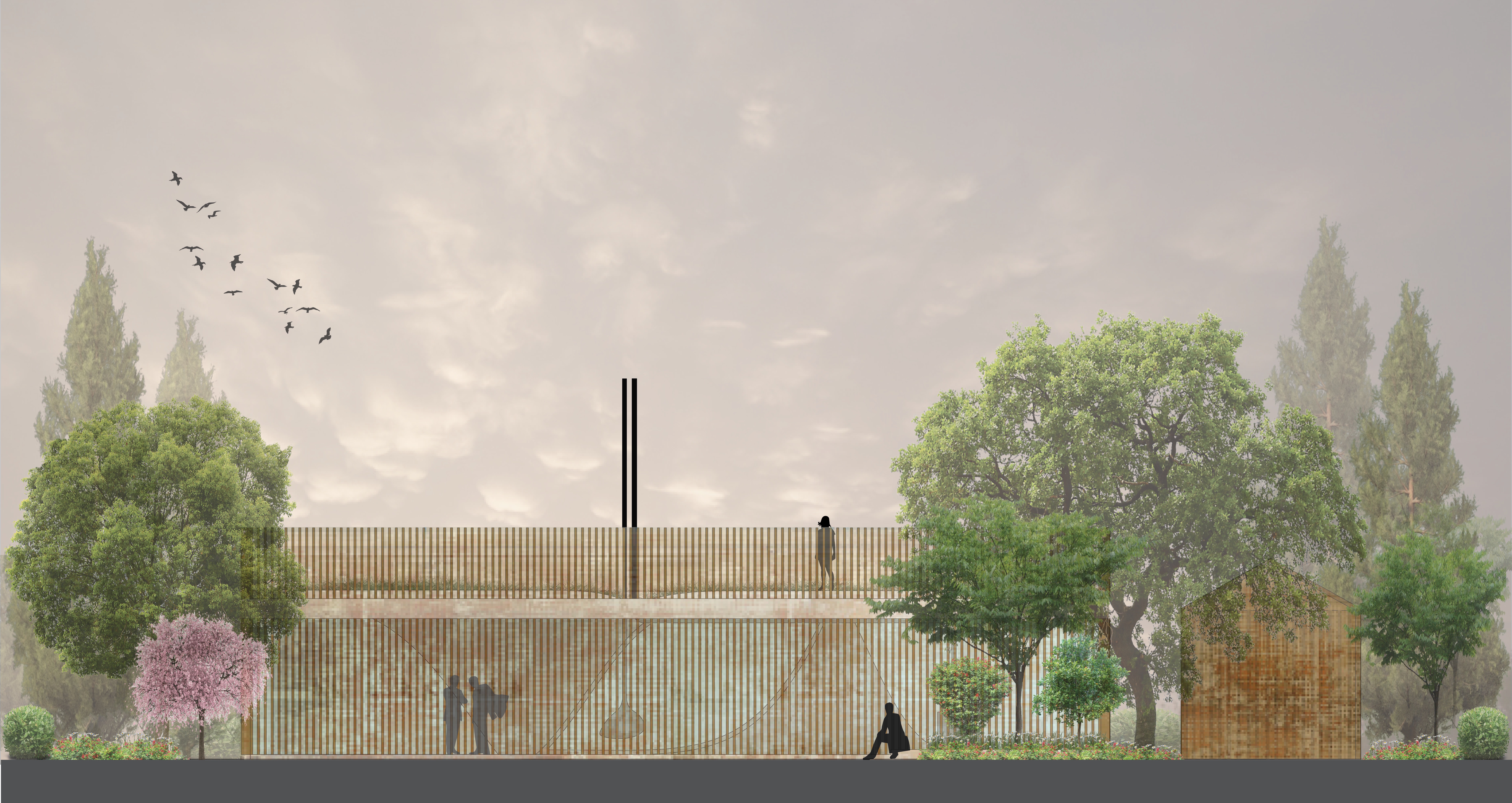 We were approached in early 2015 by our clients to design a new family villa on the outskirts of Tehran, Iran.

The site was situated about 40 km outside Tehran within a gated community which was initially designed as a weekend retreat. However with massive sprawl and the the growth of city this community had been engulfed by the city and now contained permanent residence for many families.

Our challenge with this project was to respond to the history of the place but also to the fact that this building would still act as a villa and not as a permanent residence.

The concept for the entire project was driven by the idea of adding value to the property and replacing green open space that would be lost as a result of the building footprint as well as its usage as a semi permanent residence.

The building form is a relatively simple one which allows for quick and simple construction, the box is then fitted with a intelligent facade system of louvers which have the ability to open and close as per users requirements, the aim here is for them to remain closed while not in use , increasing security but also indicating its occupational status, and opened as and when occupied.

The louver systems also allows for environmental control to be implemented, limiting solar gains and insuring internal conditions are suitable and do not require excessive electro mechanical cooling. The facade in combination with the central courtyard a prominent feature within the vernacular of this region allows for cross ventilation which would insure a reduction in the buildings energy footprint.

The roofscape accessed through the courtyard creates sheltered outdoor space for the family which is different to that provided by the garden.

Other approaches to redesigns within this community would often consists of creating large vertical boundaries which would separate private form public, limiting visual access into the gardens. In order to be true to the original vision for this community we decided against this, attempting to provide the privacy through the roofscape rather than solid boundary conditions, this would allow for the overall feel of the community to be maintained.

The roofs cape would also able to add value, typical plots in this community would contain 700 sqm of garden and 300 sqm of villa in our case with the new roofscape replacing areas lost to the footprint we would have 1000 sqm of amenity/garden space as well as 300 sq. of villa.

In addition the projects aims to challenge the typical approach to construction where by floor slabs and ceilings are seen as separate entities supported by additional structure. In this case they blend into each other acting as structure as well as slab, which allows for a column free open space creating flexibility in regard to the internal layout. The ceiling slab bending into the ground also helps concerning creating unique access to the roof.