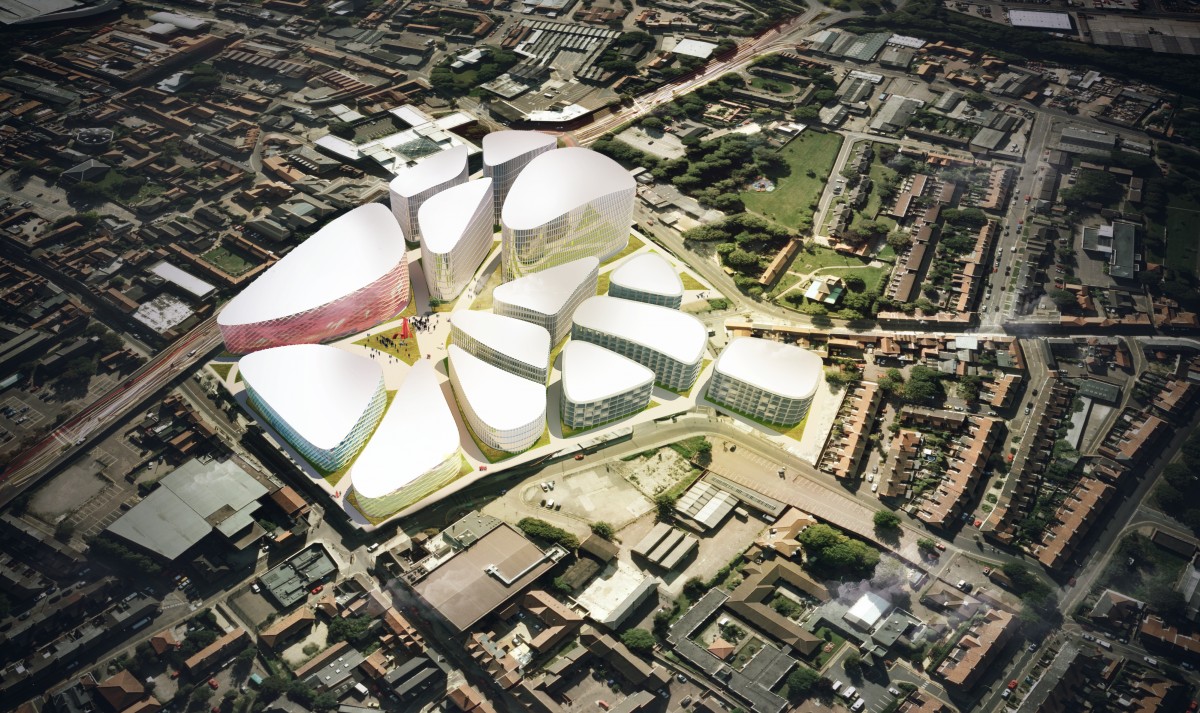 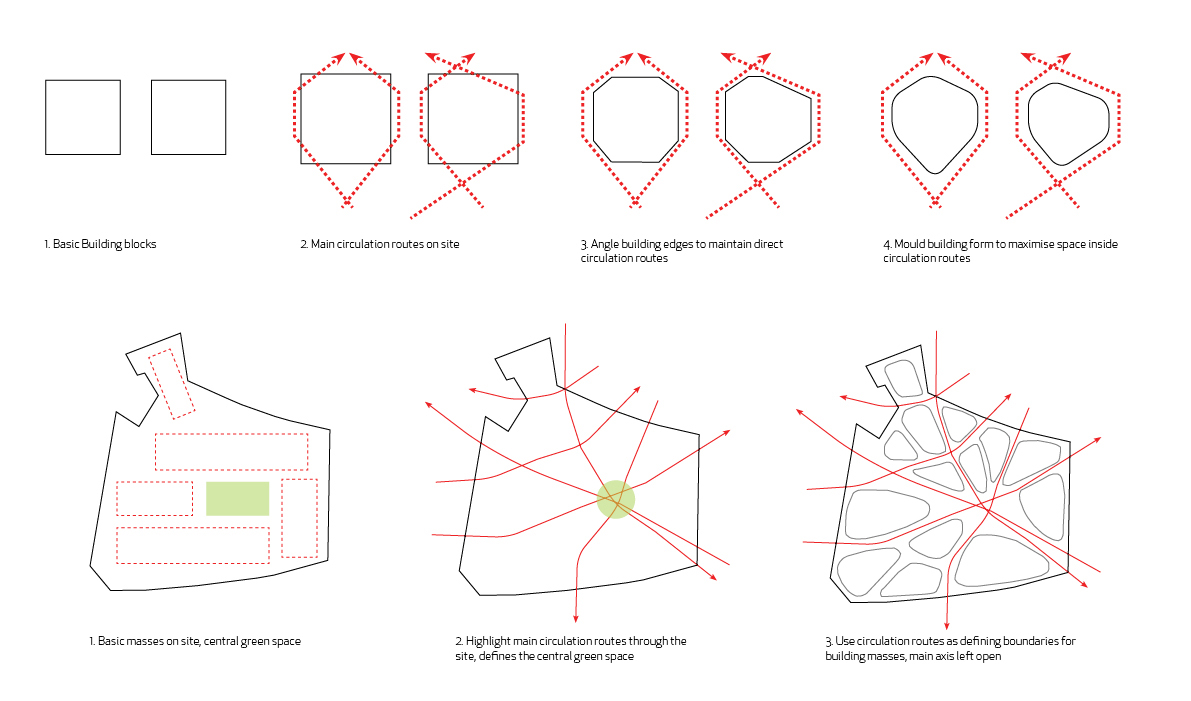 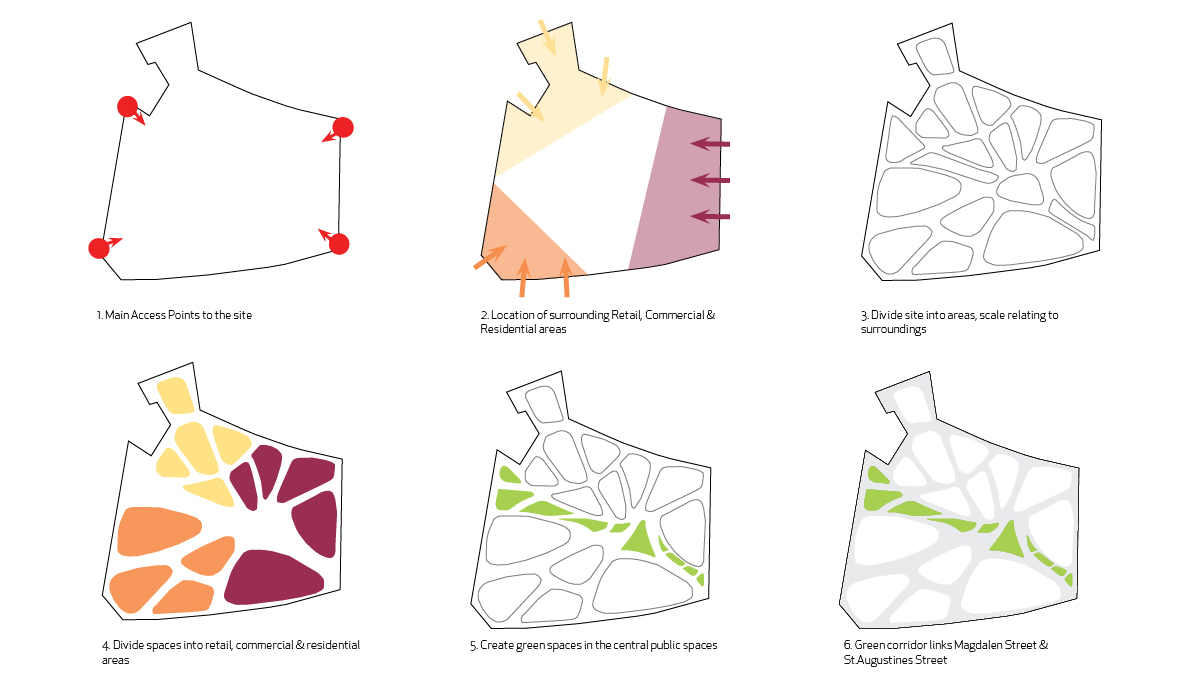 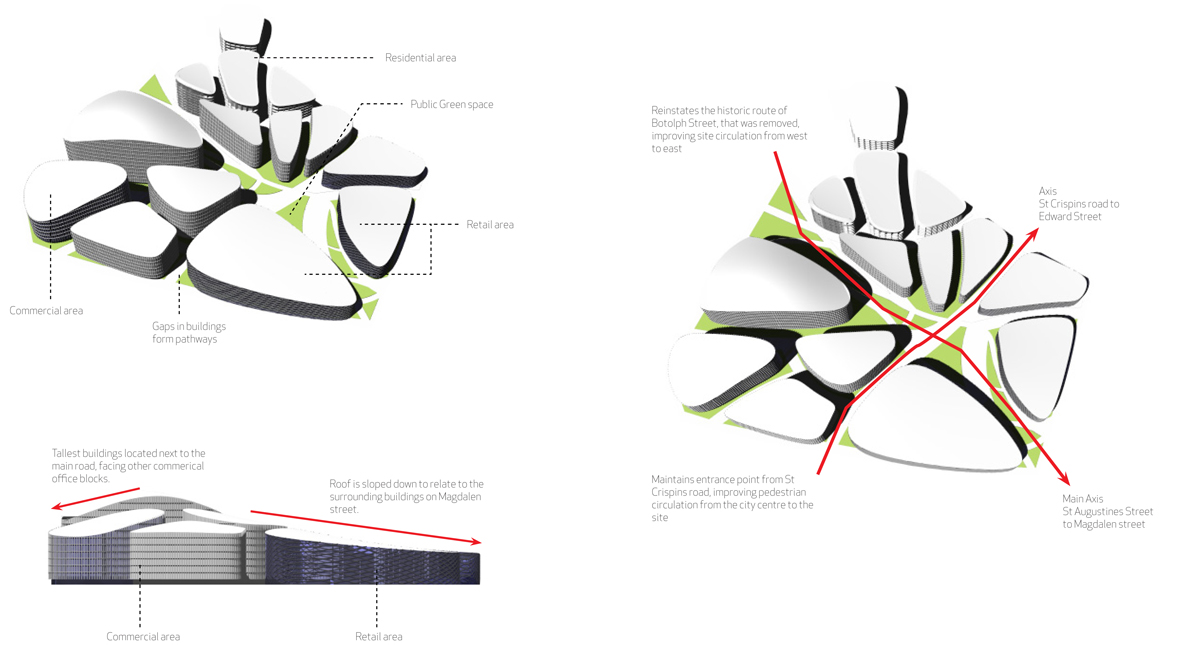 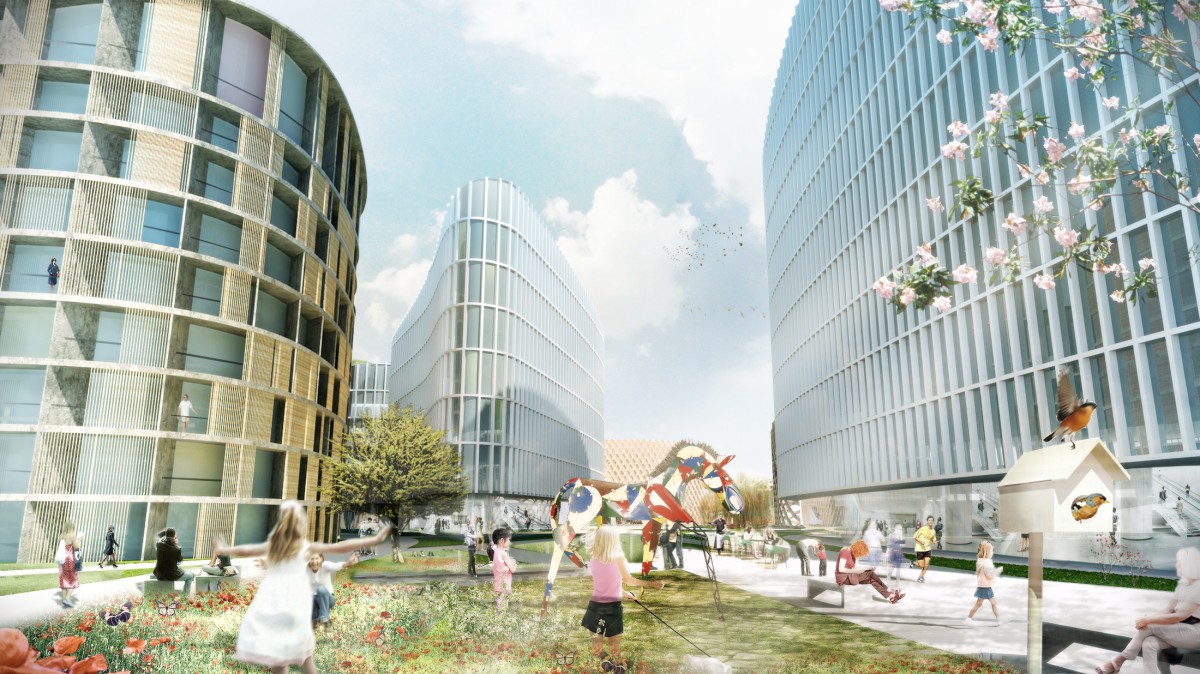 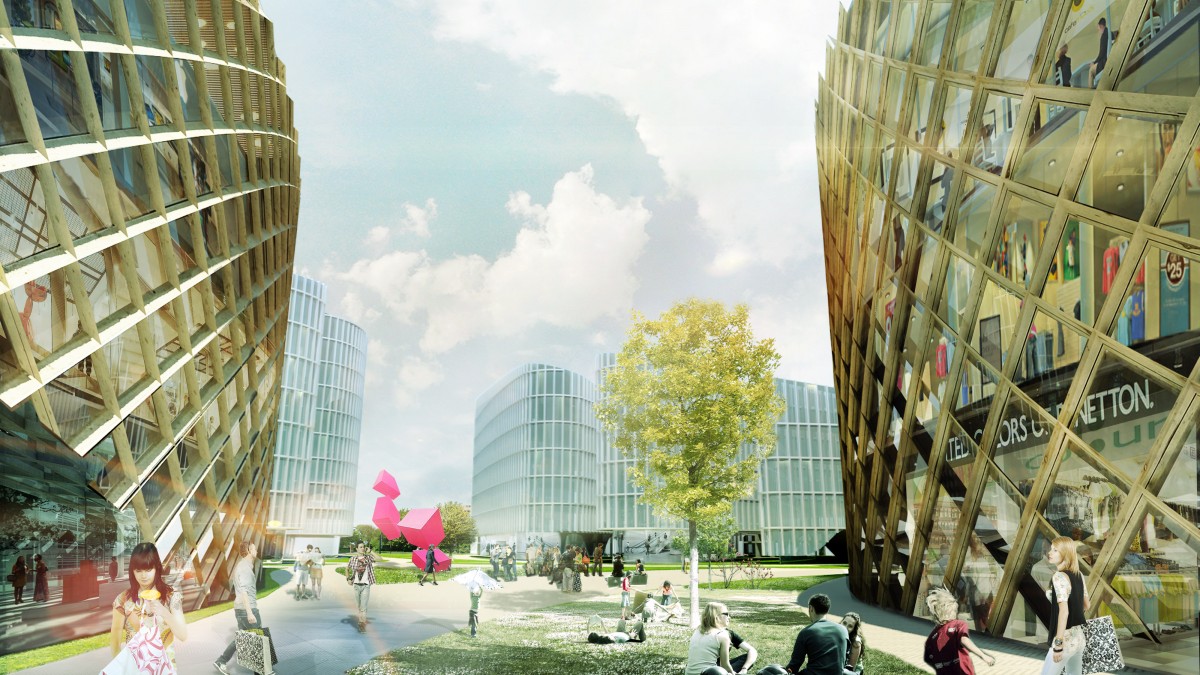 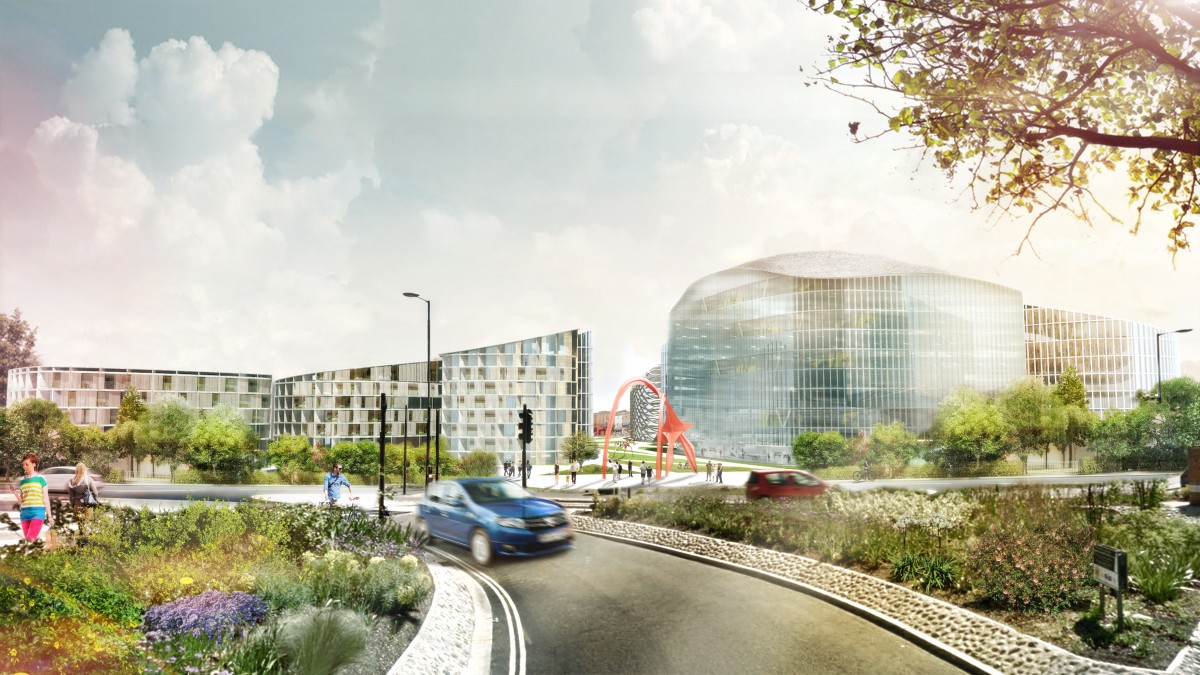 Anglia Square a shopping district situated outside of the Norwich city centre. We were approached in 2013 by our client to provide initial concept proposals for the redevelopment of this site.

The existing site consists of pedestrian shop-lined walkways leading on to the main square, which is surrounded by red brick and concrete buildings, finished in the Brutalist style. The site is currently occupied by a number of derelict building and open-air car parking.

Our proposals identified the lack of public space within the site; by creating central courtyards, large public axis’s and elevated roof gardens, to maximize the extensive views towards the city centre. The overall strategy for the project was to create a new district for the city of Norwich, reconnecting this area from the predominantly residential north towards the commercial city centre situated to the south.

The proposal also addresses the lack of pedestrian and cycle routes across the site, by reinstating the historical routes of Botoloph and Calvert Street, to create a main axis from west to east and green public space.

The design strategy was developed using a computer algorithm, which allowed us to allocate a series of pathways through the site, from which the built forms were organized around. This algorithm would increase the permeability of the site by optimized pathways, which were generated in regards to connectivity, whilst creating vistas back towards the city centre and the famous Norwich cathedrals.

The algorithmic approached allowed us to test, in a short period of time, a number of iterations of the design, optimizing at each stage the desired outcomes.

The redevelopment of the site would add around 50,000m2 of retail, 80,00m2 of commercial and 40,000m2 of residential units. This would create a new community within the city.