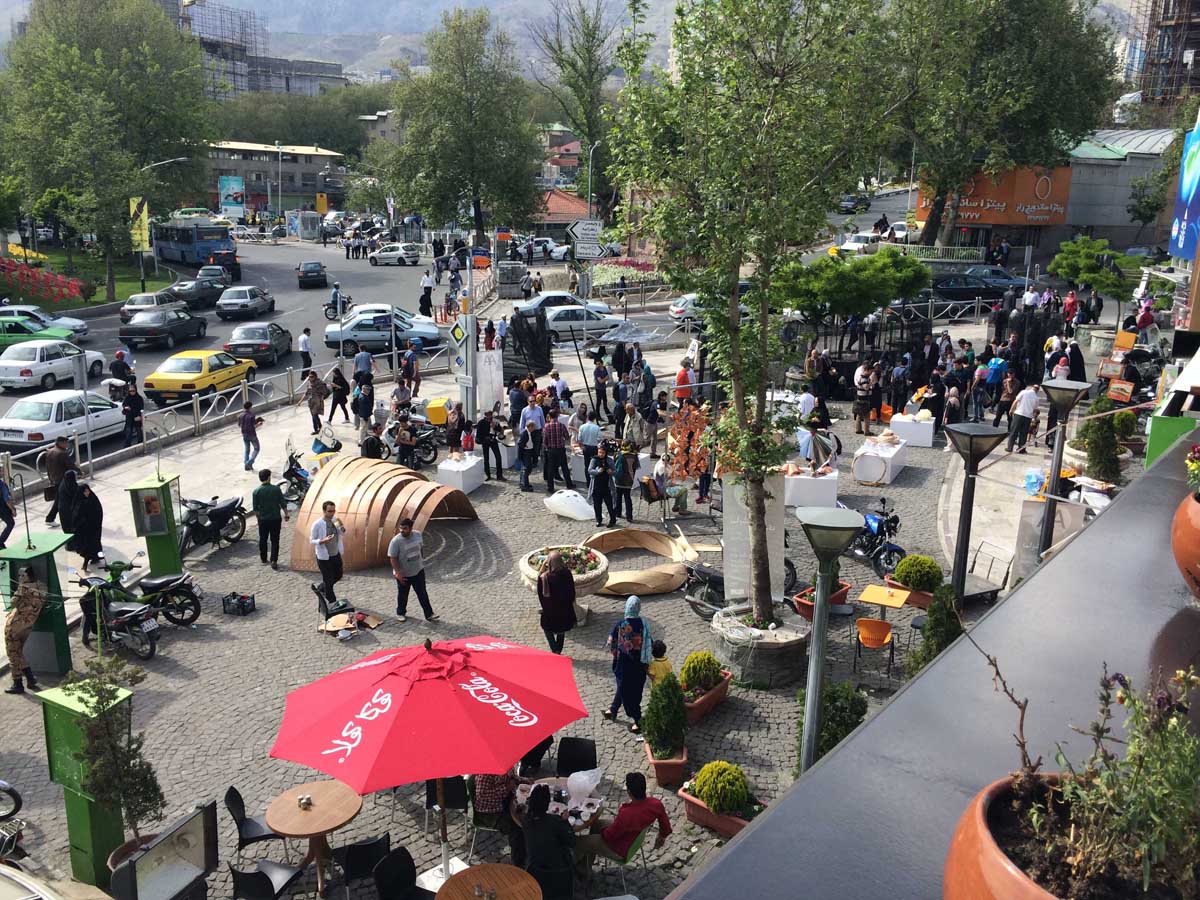 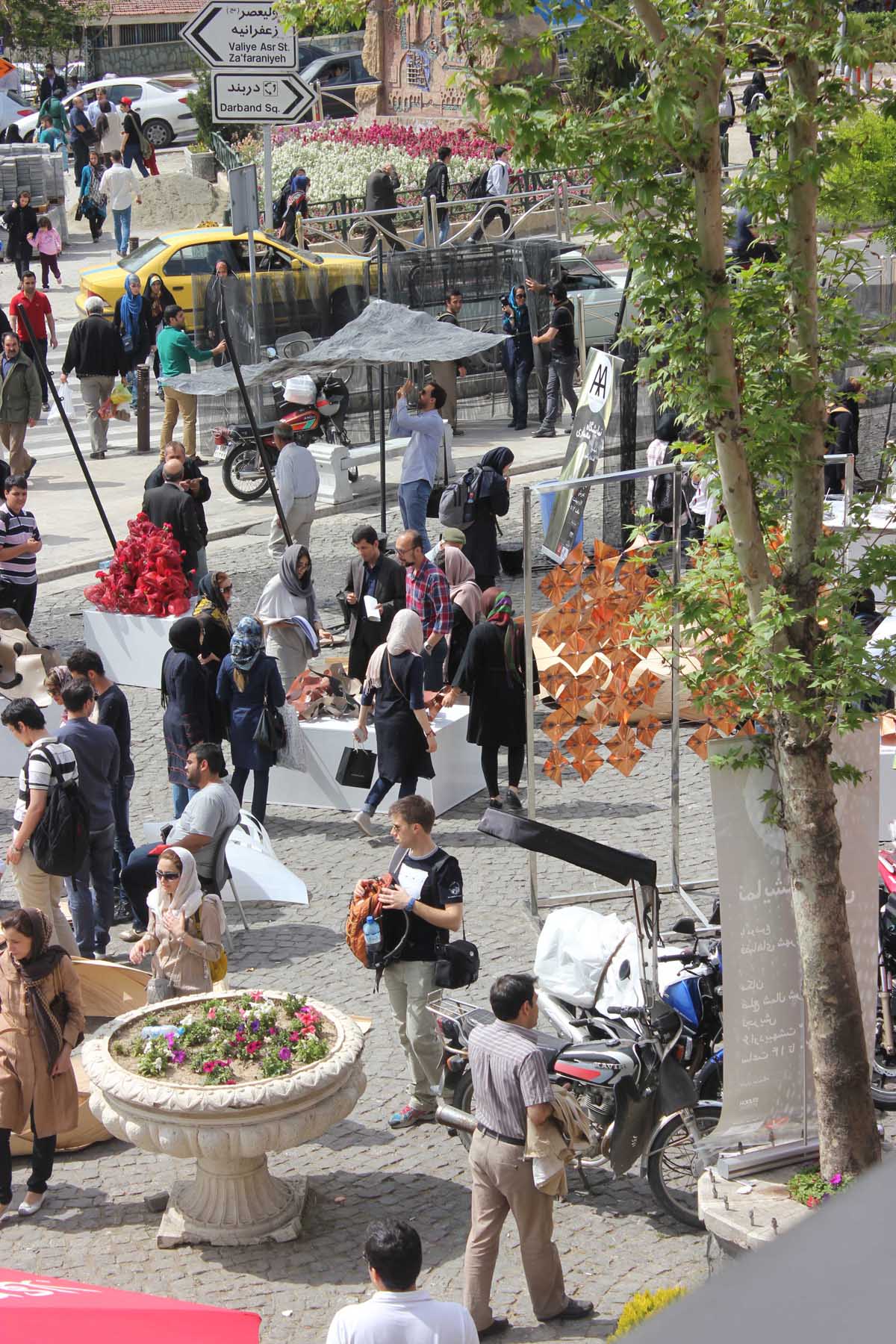 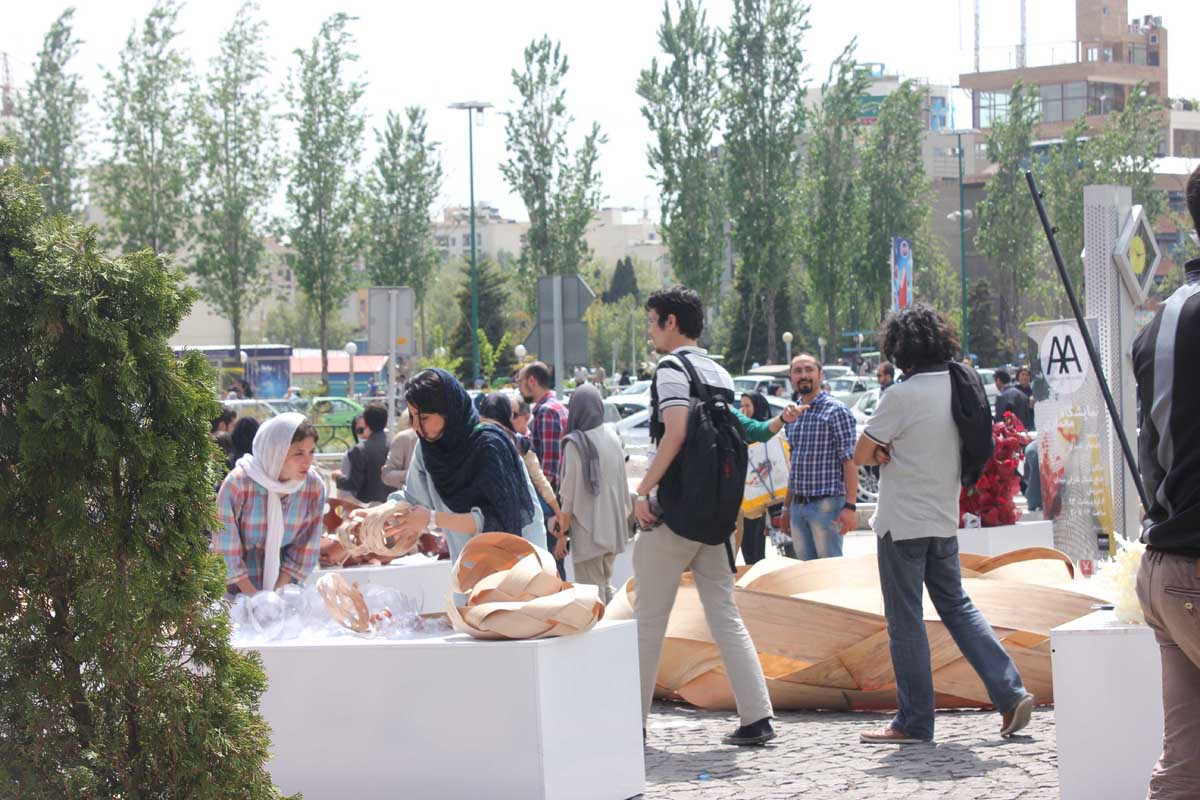 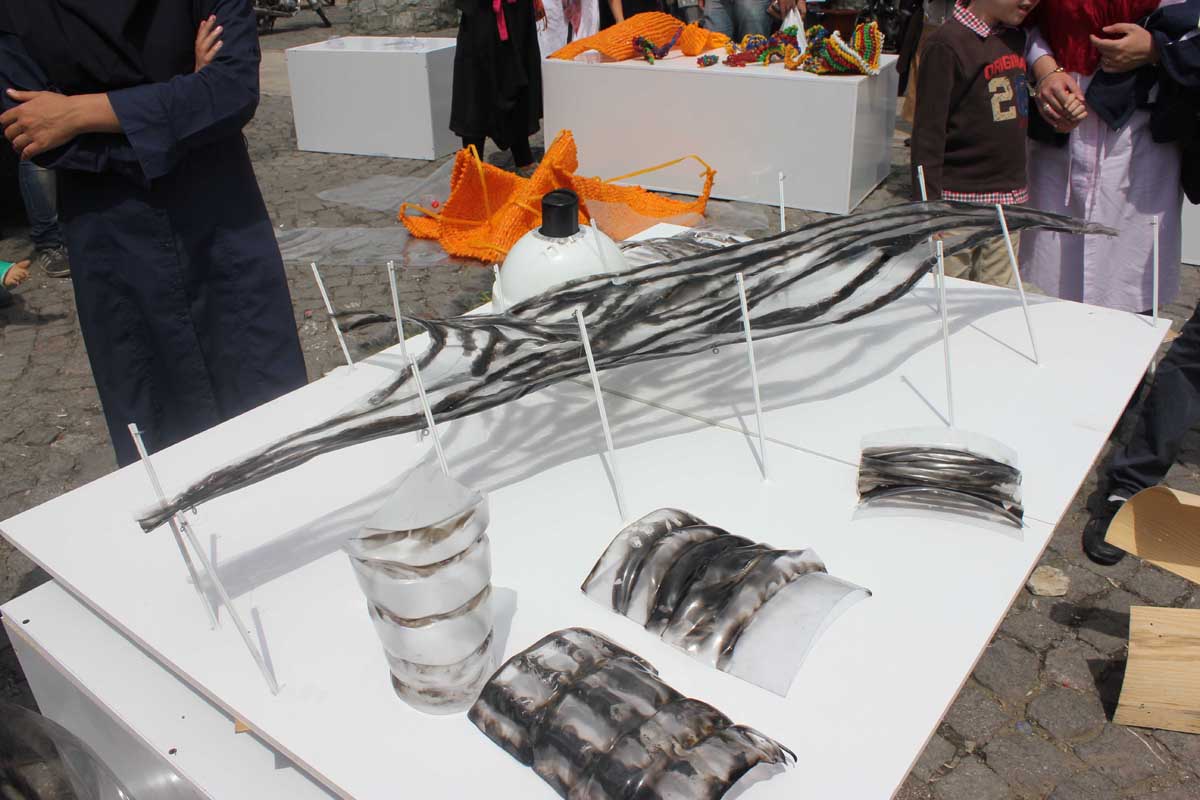 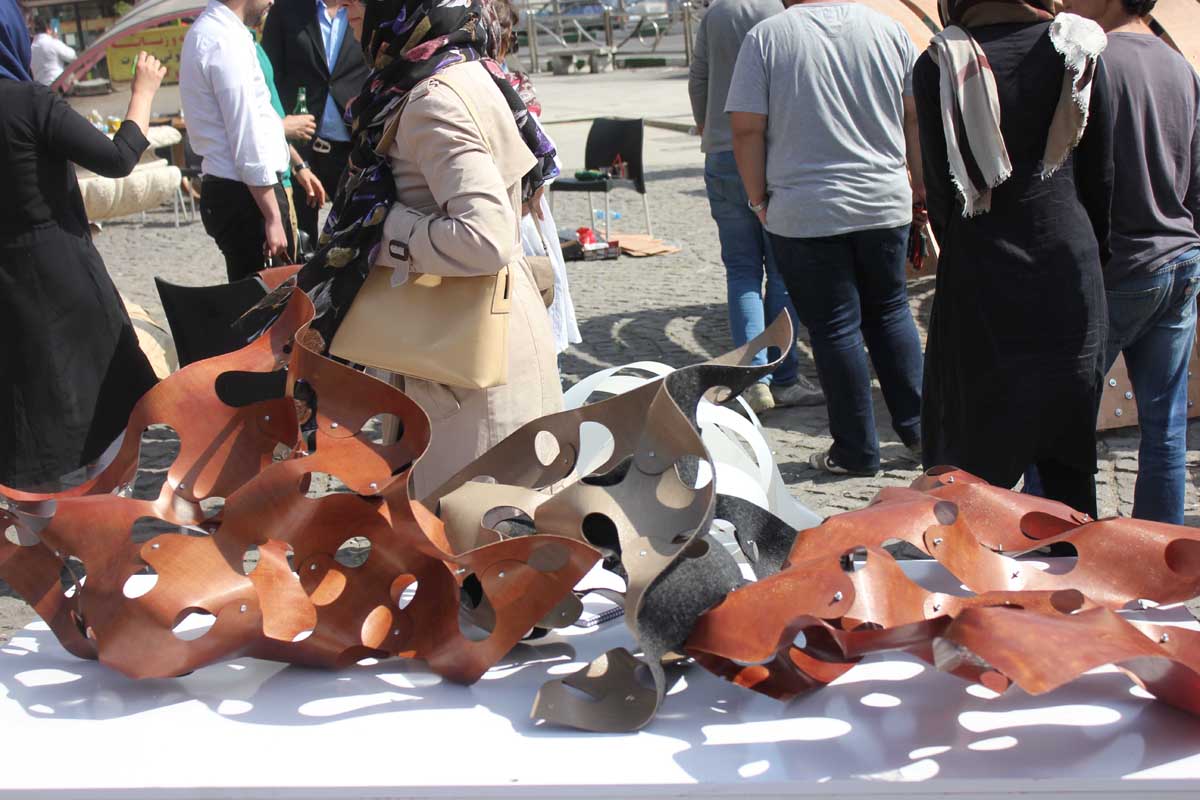 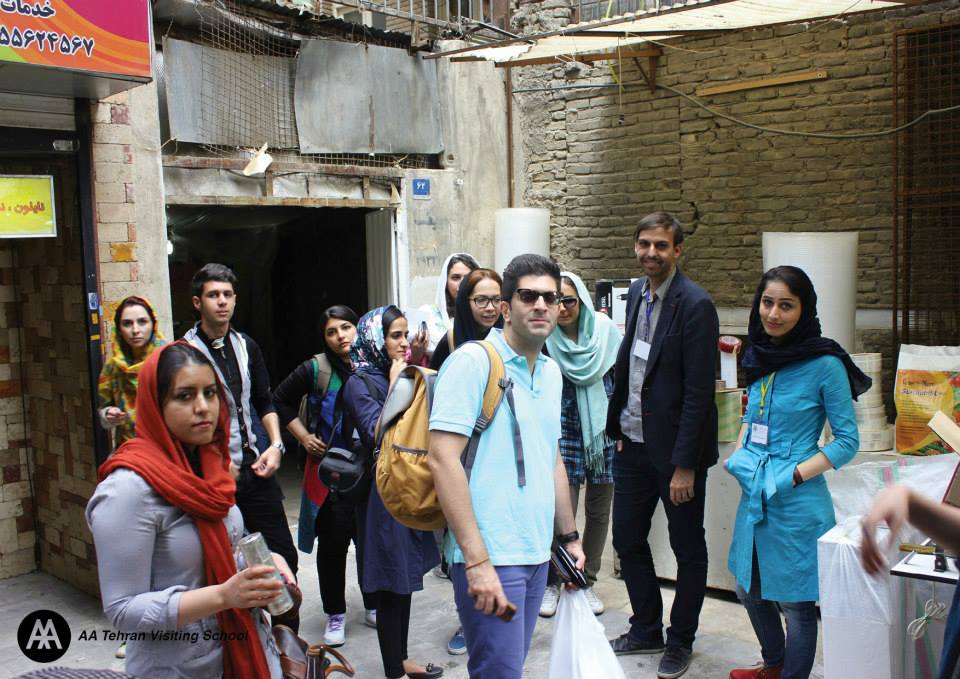 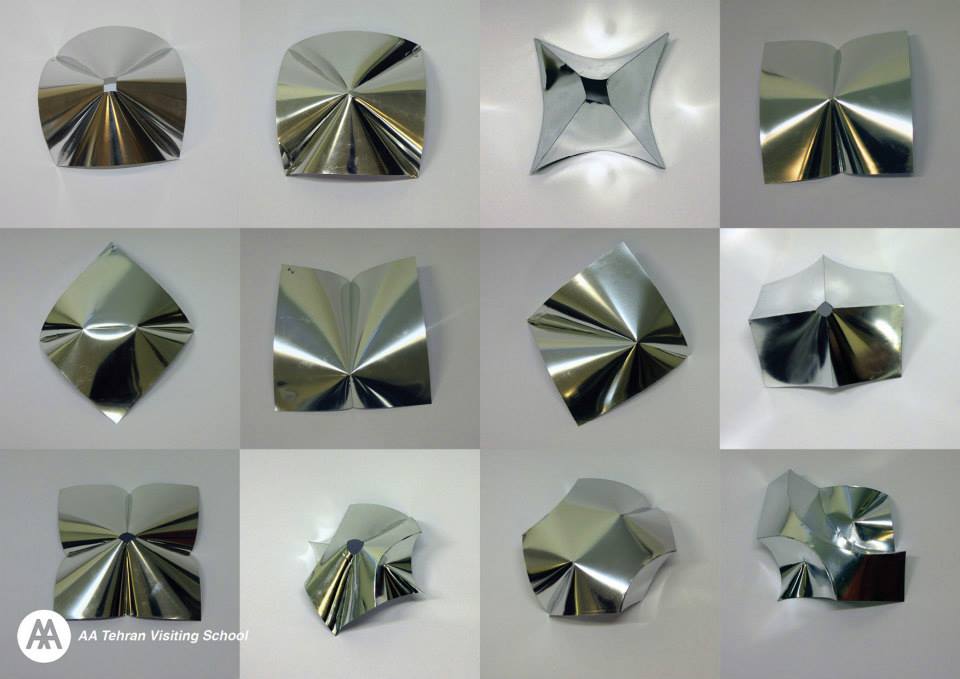 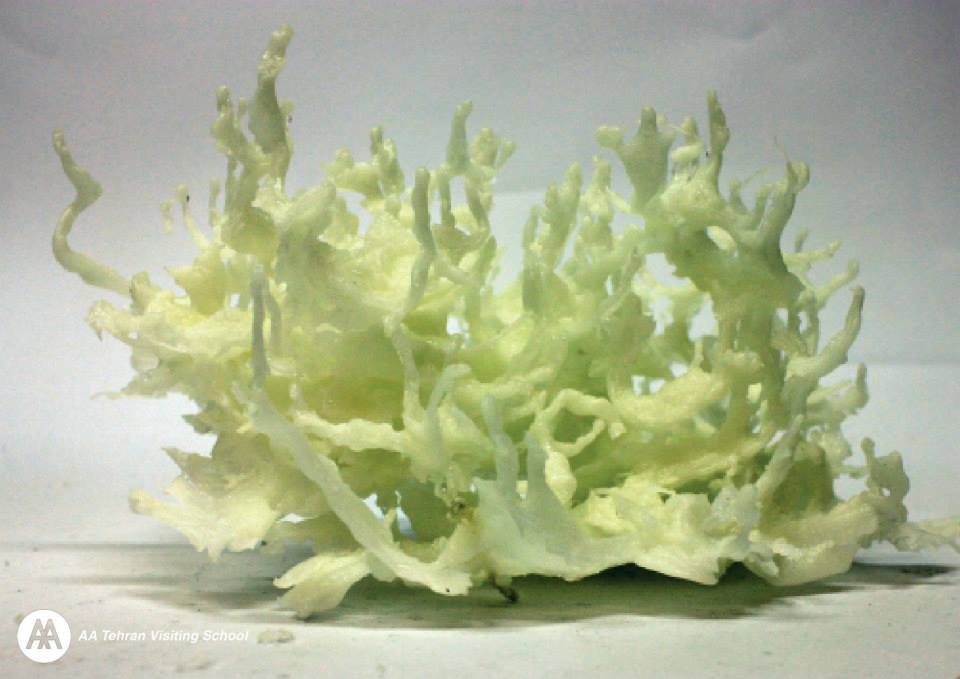 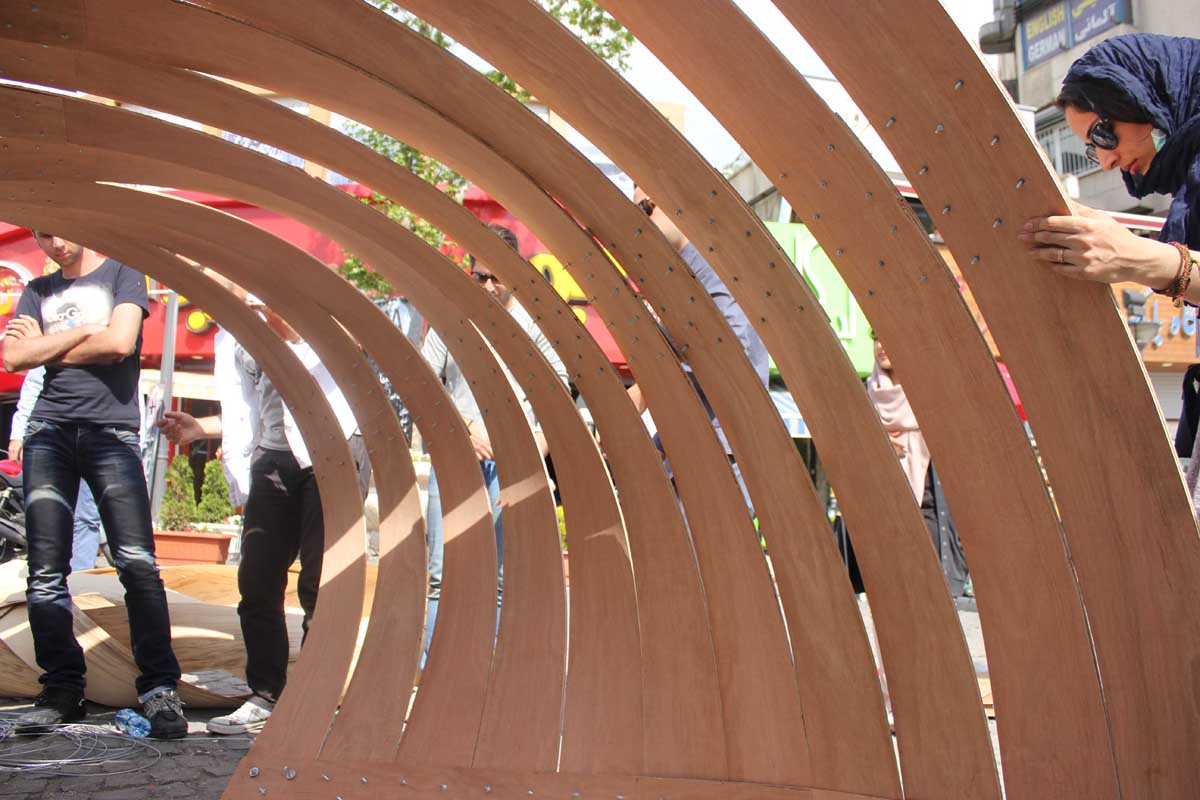 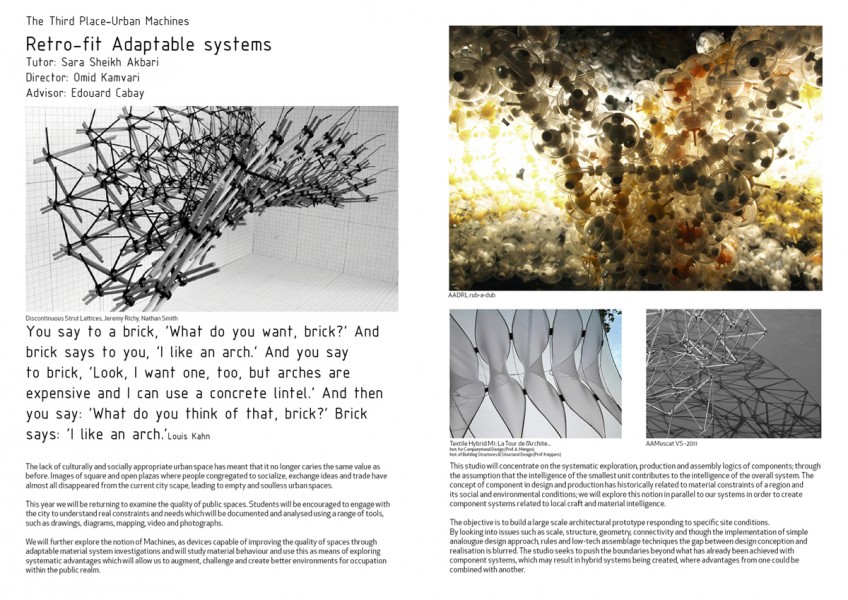 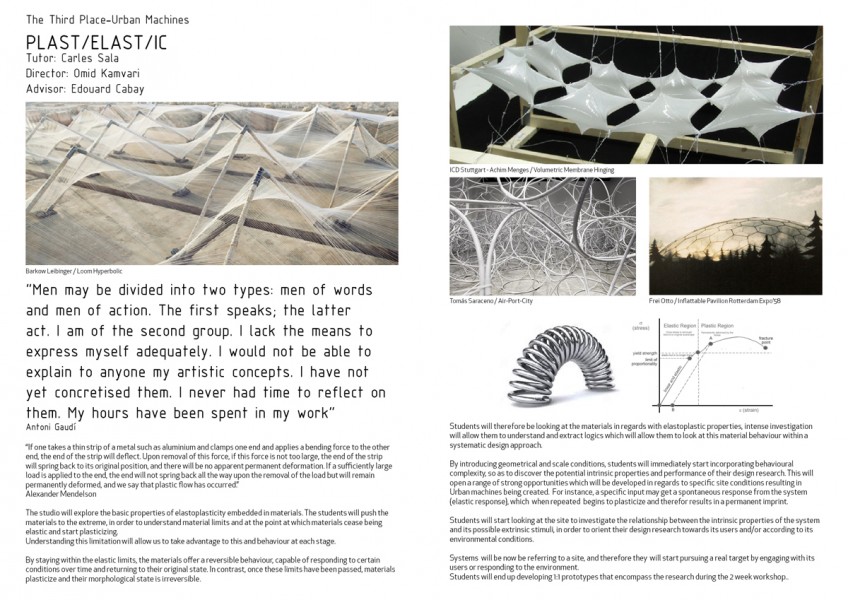 The lack of culturally and socially appropriate urban space has meant that it no longer caries the same value as before. Images of square and open plazas where people congregated to socialize, exchange ideas and trade have almost all disappeared from the current city scape, leading to empty and soulless urban spaces.

This year we will be returning to examine the quality of public spaces. Students will be encouraged to engage with the city to understand real constraints and needs which will be documented and analysed using a range of tools, such as drawings, diagrams, mapping, video and photographs.

We will further explore the notion of Machines, as devices capable of improving the quality of spaces through adaptable material system investigations and will study material behaviour and use this as means of exploring systematic advantages which will allow us to augment, challenge and create better environments for occupation within the public realm.

This studio will concentrate on the systematic exploration, production and assembly logics of components; through the assumption that the intelligence of the smallest unit contributes to the intelligence of the overall system. The concept of component in design and production has historically related to material constraints of a region and its social and environmental conditions; we will explore this notion in parallel to our systems in order to create component systems related to local craft and material intelligence.

The objective is to build a large scale architectural prototype responding to specific site conditions.
By looking into issues such as scale, structure, geometry, connectivity and though the implementation of simple analougue design approach, rules and low-tech assemblage techniques the gap between design conception and realisation is blurred. The studio seeks to push the boundaries beyond what has already been achieved with component systems, which may result in hybrid systems being created, where advantages from one could be combined with another.

The studio will explore the basic properties of elastoplasticity embedded in materials. The students will push the materials to the extreme, in order to understand material limits and at the point at which materials cease being elastic and start plasticizing.
Understanding this limitation will allow us to take advantage to this and behaviour at each stage.

By staying within the elastic limits, the materials offer a reversible behaviour, capable of responding to certain conditions over time and returning to their original state. In contrast, once these limits have been passed, materials plasticize and their morphological state is irreversible.

Students will therefore be looking at the materials in regards with elastoplastic properties, intense investigation will allow them to understand and extract logics which will allow them to look at this material behaviour within a systematic design approach.

By introducing geometrical and scale conditions, students will immediately start incorporating behavioural complexity, so as to discover the potential intrinsic properties and performance of their design research. This will open a range of strong opportunities which will be developed in regards to specific site conditions resulting in Urban machines being created. For instance, a specific input may get a spontaneous response from the system (elastic response), which when repeated begins to plasticize and therefor results in a permanent imprint.

Students will start looking at the site to investigate the relationship between the intrinsic properties of the system and its possible extrinsic stimuli, in order to orient their design research towards its users and/or according to its environmental conditions.

Systems will be now be referring to a site, and therefore they will start pursuing a real target by engaging with its users or responding to the environment.
Students will end up developing 1:1 prototypes that encompass the research during the 2 week workshop.. 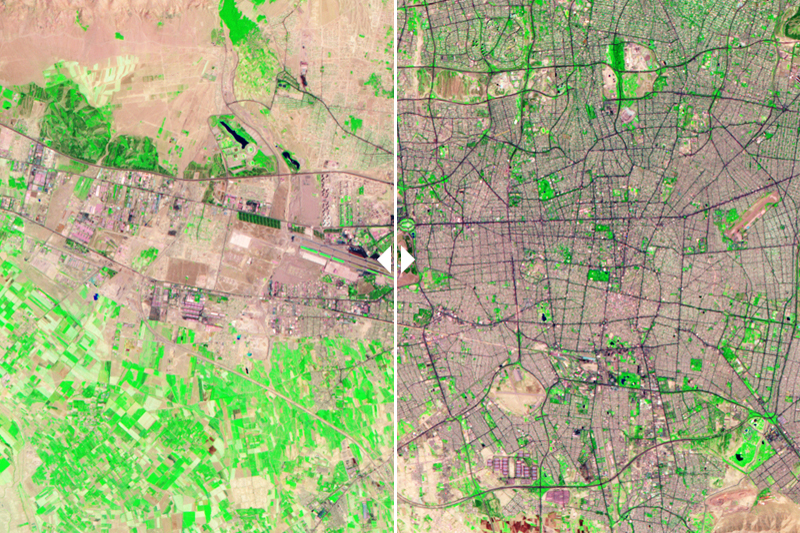 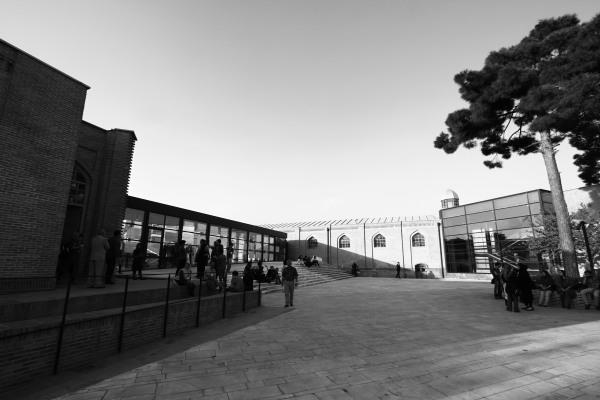 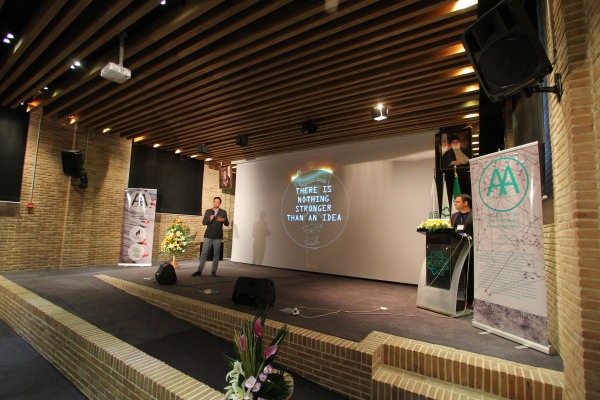 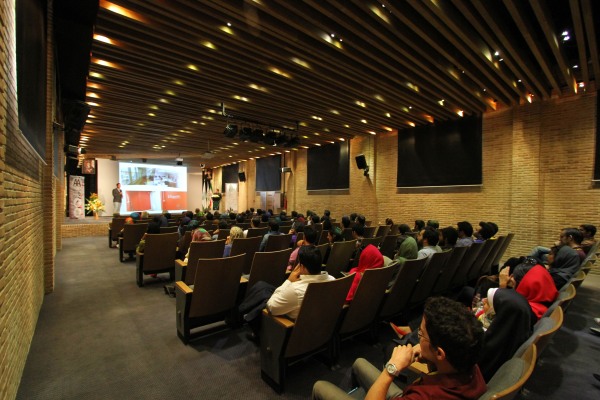 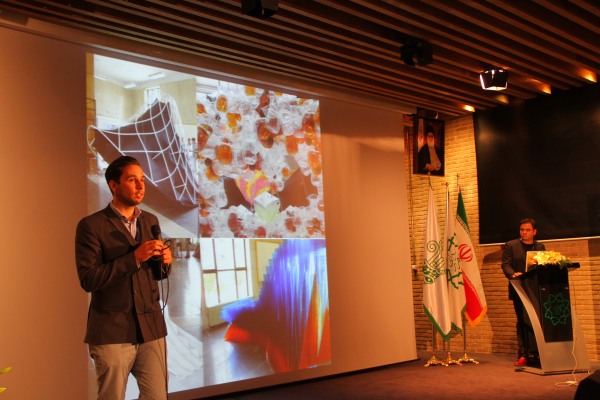 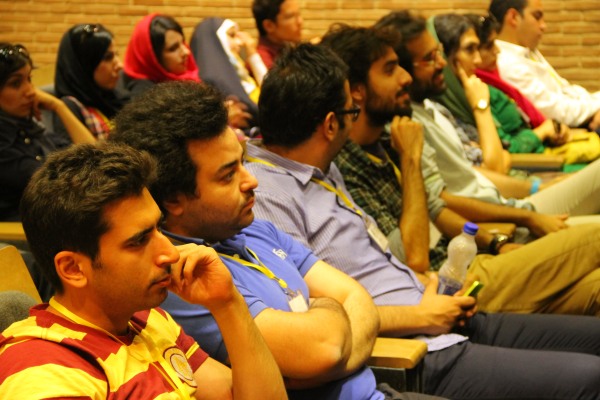 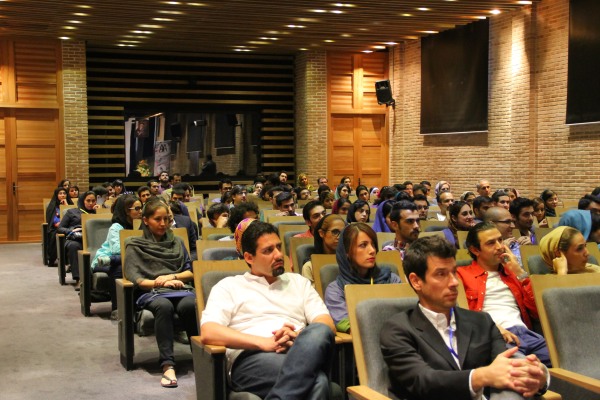 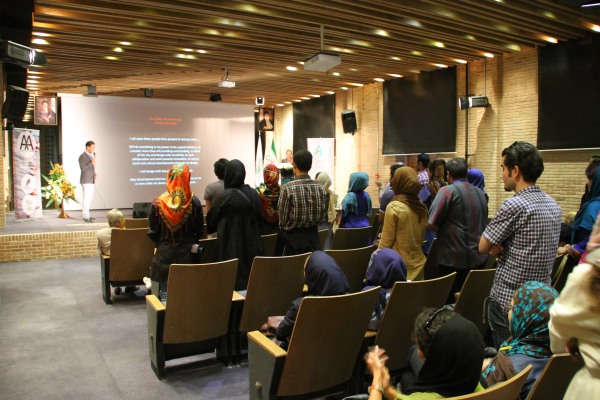 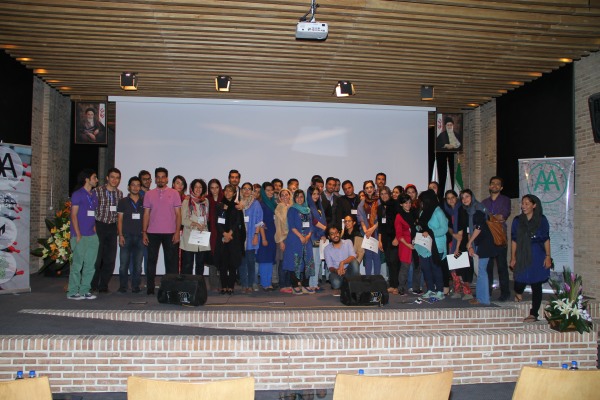 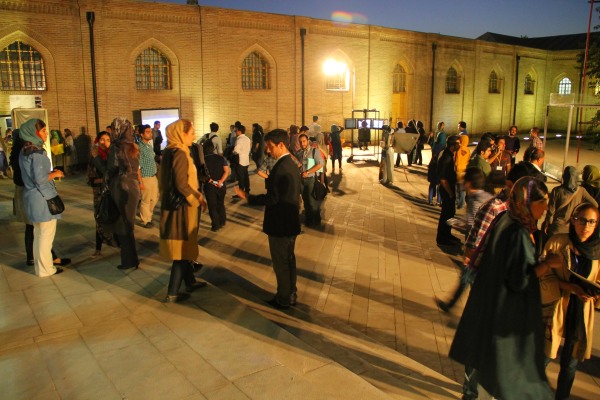 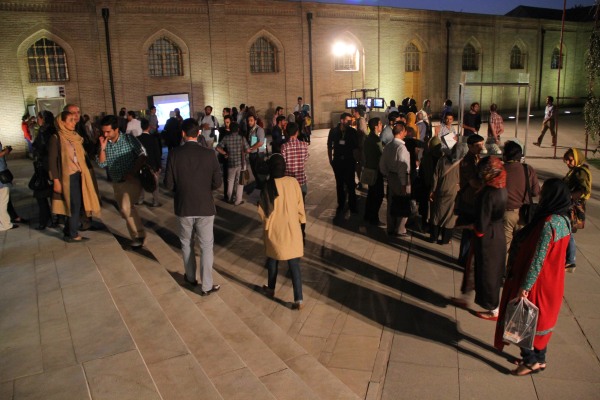 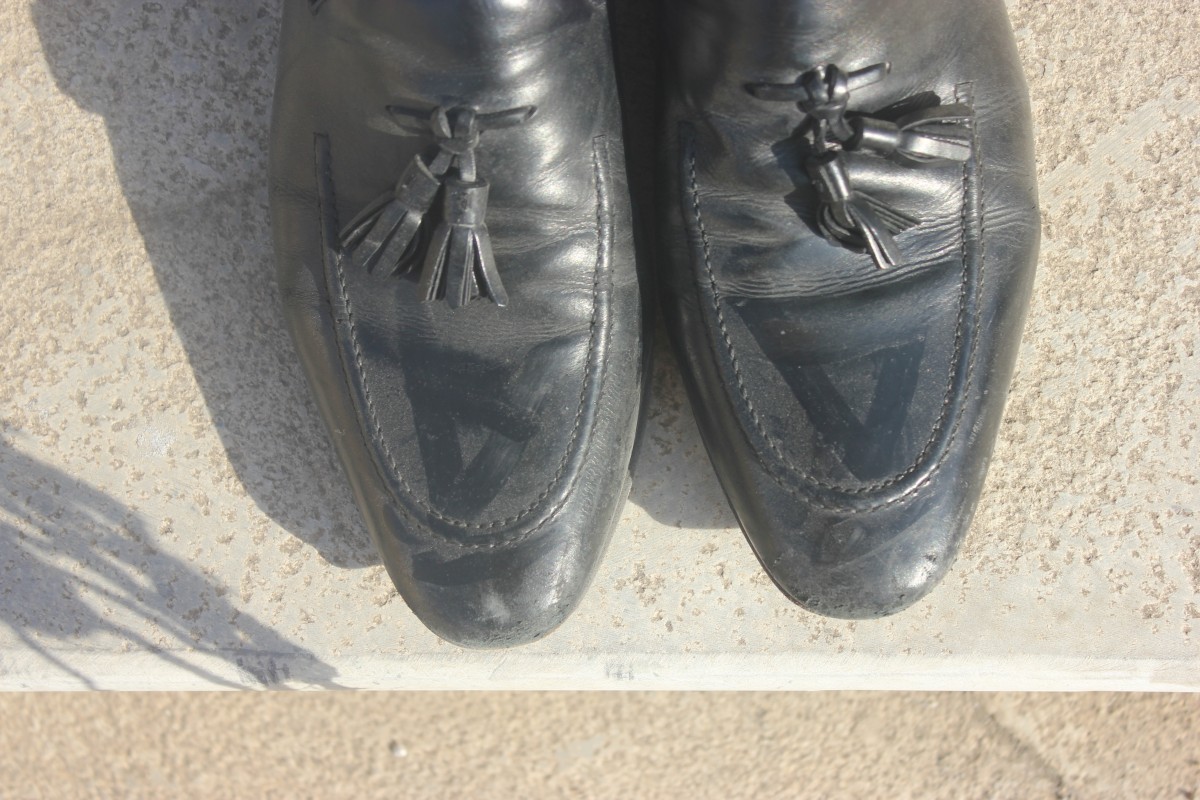 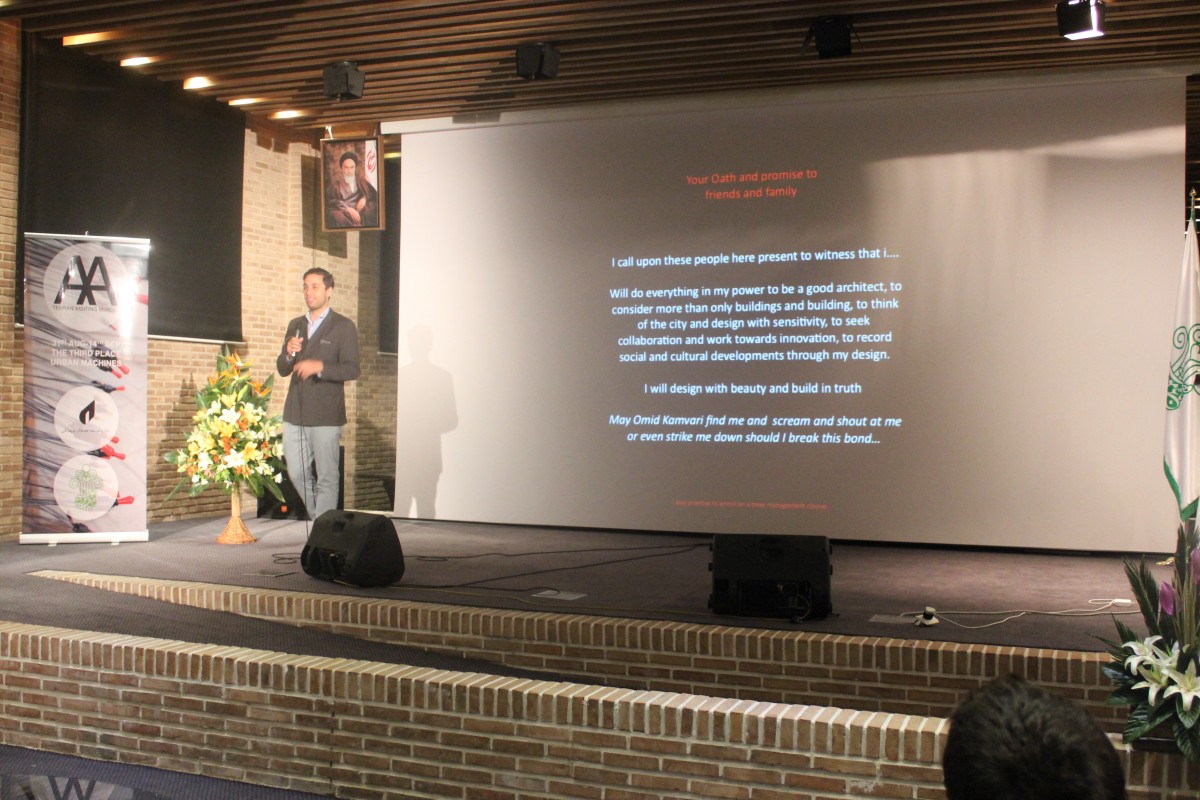 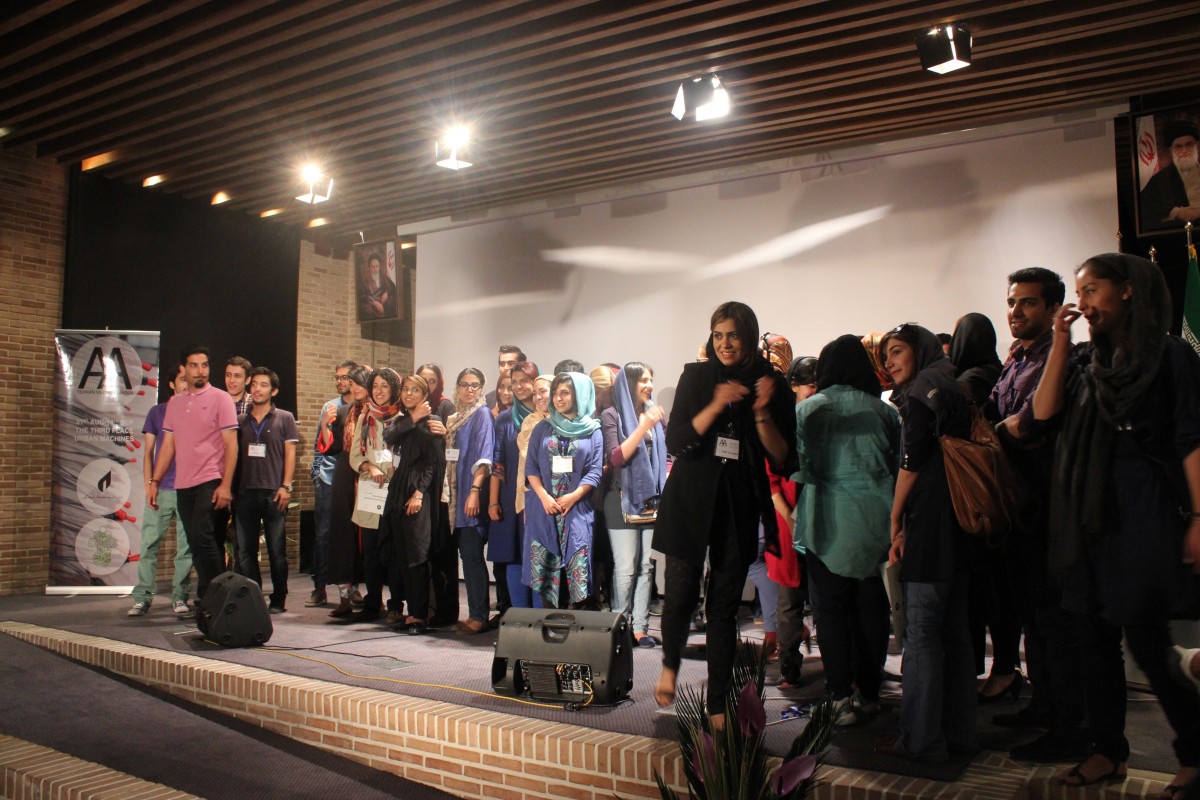 01 – Computing the Anatomy of Tehran

Tehran, Iran’s capital, ranks among the world’s fast-growing cities. In the early 1940s, Tehran’s population was about 700,000. By 1966, it had risen to 3 million and by 1986 to 6 million. Today, the metropolitan area has more than 10 million residents. This explosive growth has had environmental and public health consequences, including air, water pollution and the loss of arable land and public realm. The ever increasing land value makes developments and the replacement of urban open space and easy choice. With the disappearance of open public plaza, by traffic islands and motorways the predominant public space left in the city is its many traffic arteries.

With a young population and the Cars as the main mode of transport in the city, the many highways of Tehran come to a grinding halt during rush hour.

Current solutions put forward to ease congestion have been to increase traffic capacities through the construction of more highways. A prime example is the current construction of a SECOND tier to Sadr highway travelling east to west in Tehran. With this mentality and more projects being conceived at closer proximity to homes and residential areas despite the understanding that such solution can only resolve this issue in the short term, our challenge will be to examine the possibilities of left over spaces and the potential for augmentation and reuse of such infrastructure in the future.

This year will be examining the quality of our urban spaces, we will be looking at infill sites, leftover spaces which have been generated as a result inefficient use of public roads to examine the potential for the generation of usable public space, or in other words the third place(the first being the home, the second the workplace). We will be using our experiences from past years in regards to prototyping and simplex manufacturing to inform proposals for urban machines and interventions. These Proposals will attempt to specifically address site concerns and conditions. Our ambition is to produce and implement these proposals on site across the city.

In recent years Iran has emerged as a cultural and economic hub within the Middle East; with its illustrious history in architecture it offers a fertile ground for research and investigation into a number of topics ranging from manufacturing to urbanism. Tehran, its capital city, has become a major laboratory for contemporary cultural production in terms of architecture and has recently undergone massive changes to its infrastructure and urban boundaries to cater for these changes.

Following on from the success of the 2010 workshop we will be revisiting the initial topic of investigation. We will once again explore and develop principles of algorithmic thinking through prototyping and experiments at 1:1 scale; simplex manufacturing techniques and technologies will form the basic principles of investigation.
These investigations will be developed into site specific strategies which will be able to occupy abandoned construction sites. In this scenario we will need to consider more complex parameters for the derivation of systems capable of performance, and more careful consideration will need to be made in terms of structure and manufacturing.

Taking reference from Le Corbusier’s Maison Domino and the flexibility it offers, we will seek to understand how simplex methods of manufacturing present within historical structures in Iran can begin to influence real construction and design projects.

The AA Tehran Summer School will explore the potential of algorithmic design using simple elements. an algorithm develops complexity through the repetitive implementation of simple and clearly defined rules. CAD/CAM technologies have made available the possibility of non-orthogonal designs and geometries. In the pursuit of such designs through economical means, it is essential to look again at traditional methods of fabrication and assembly. contemporary architectural thought is often inclined towards the complex associations of parts into smooth and highly differentiated spaces. Many of these associations fail in their ability to materialise into architectures or built products.

Digital design is for this reason more often than not tied to the necessity of digital production. Though this ambition is admirable in itself, it often fails to operate within more general and pragmatic questions that are dealt with by architects and designers in both industrialised and non-industrialised nations. The lack of cutting-edge means should not, however, mean the end of such pursuits. the digital era has opened the doors to a new kind of design in the human ability to figure, conceive, manage and communicate design intent. The shift in this paradigm lies not only in the tools implemented but in the generative processes and conceptual methodologies necessary for their creation. This workshop aims to look at the basics of intelligent design within low-tech solutions which are democratically affordable to all designers anywhere.