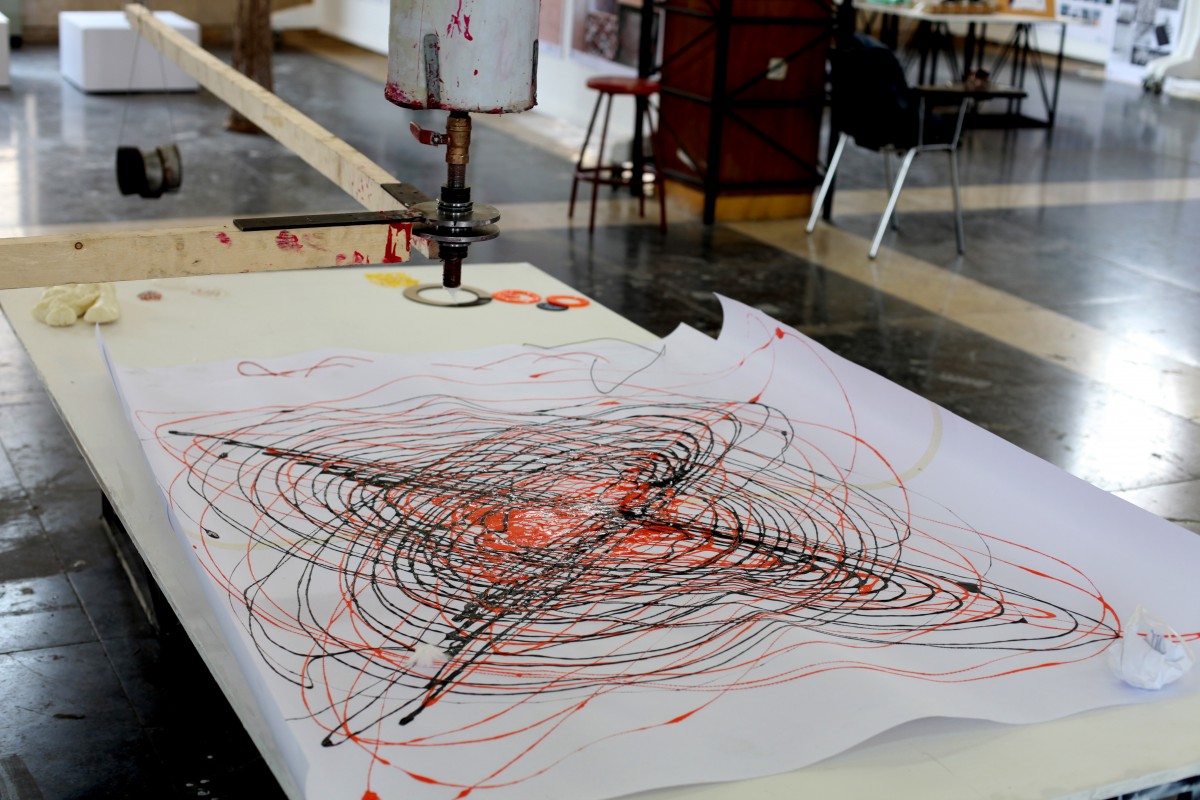 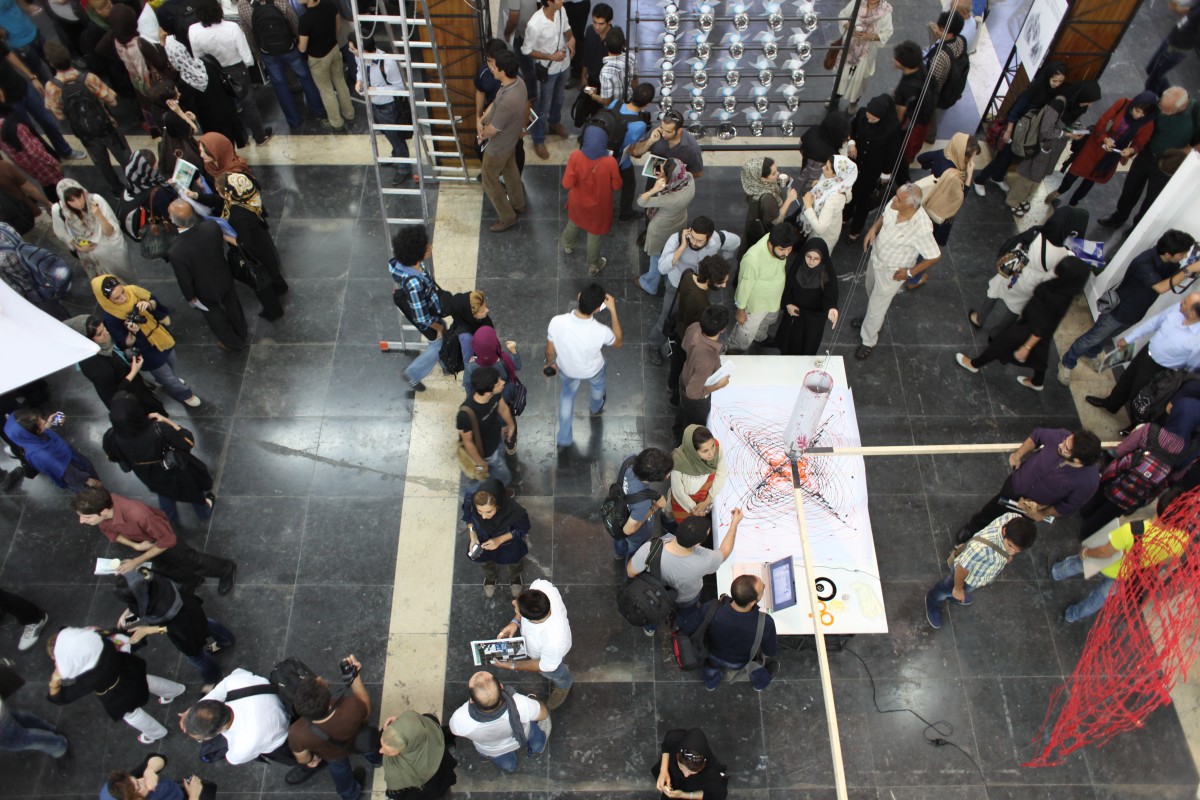 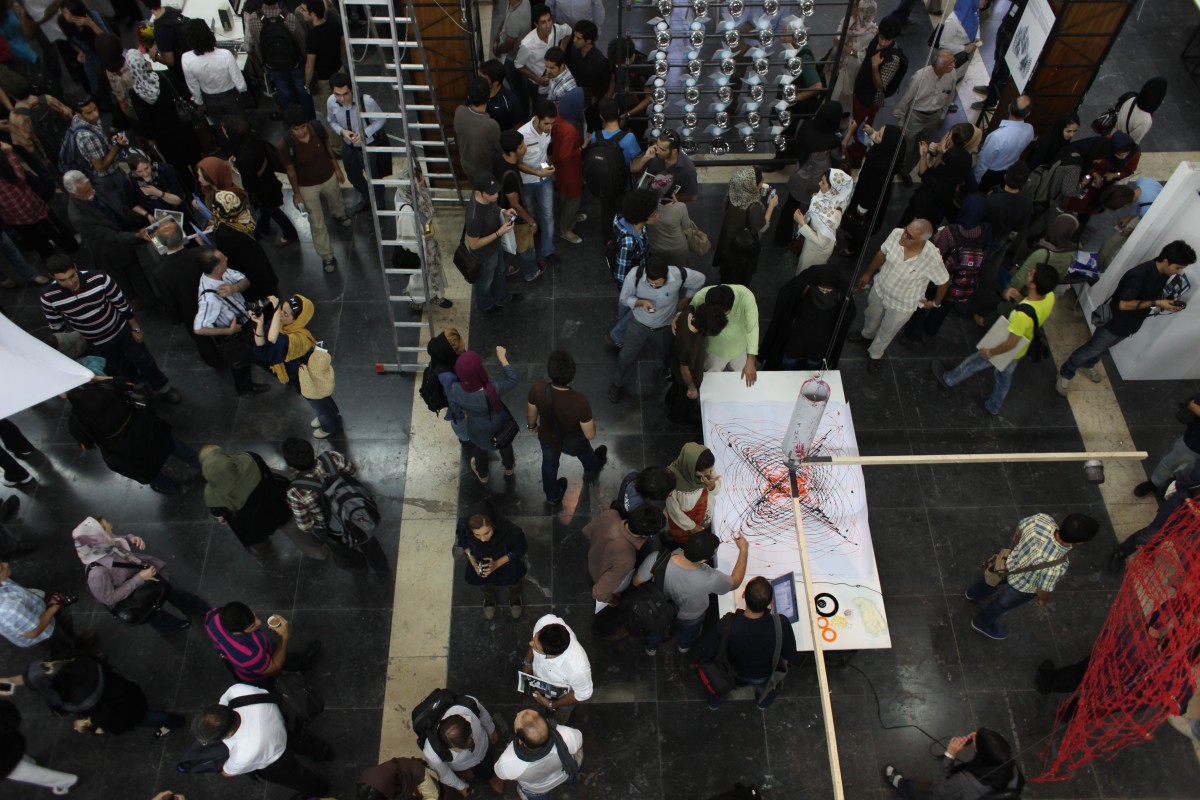 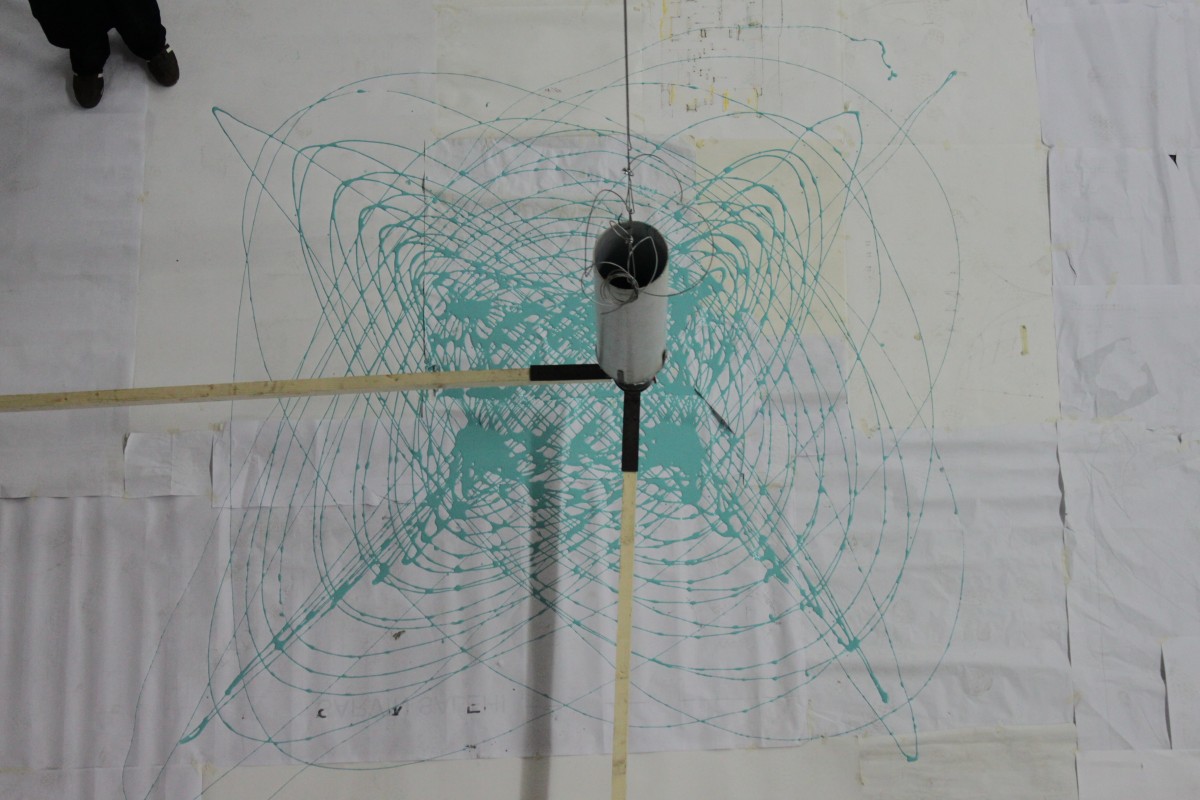 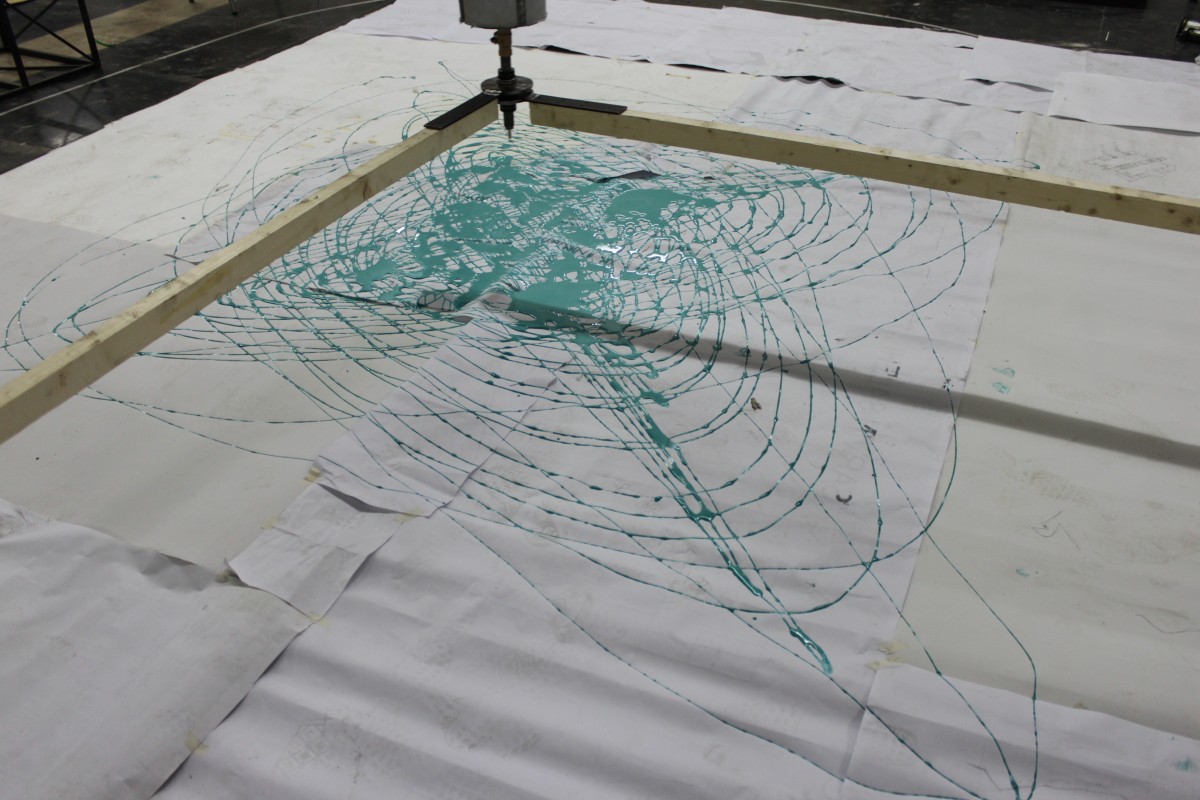 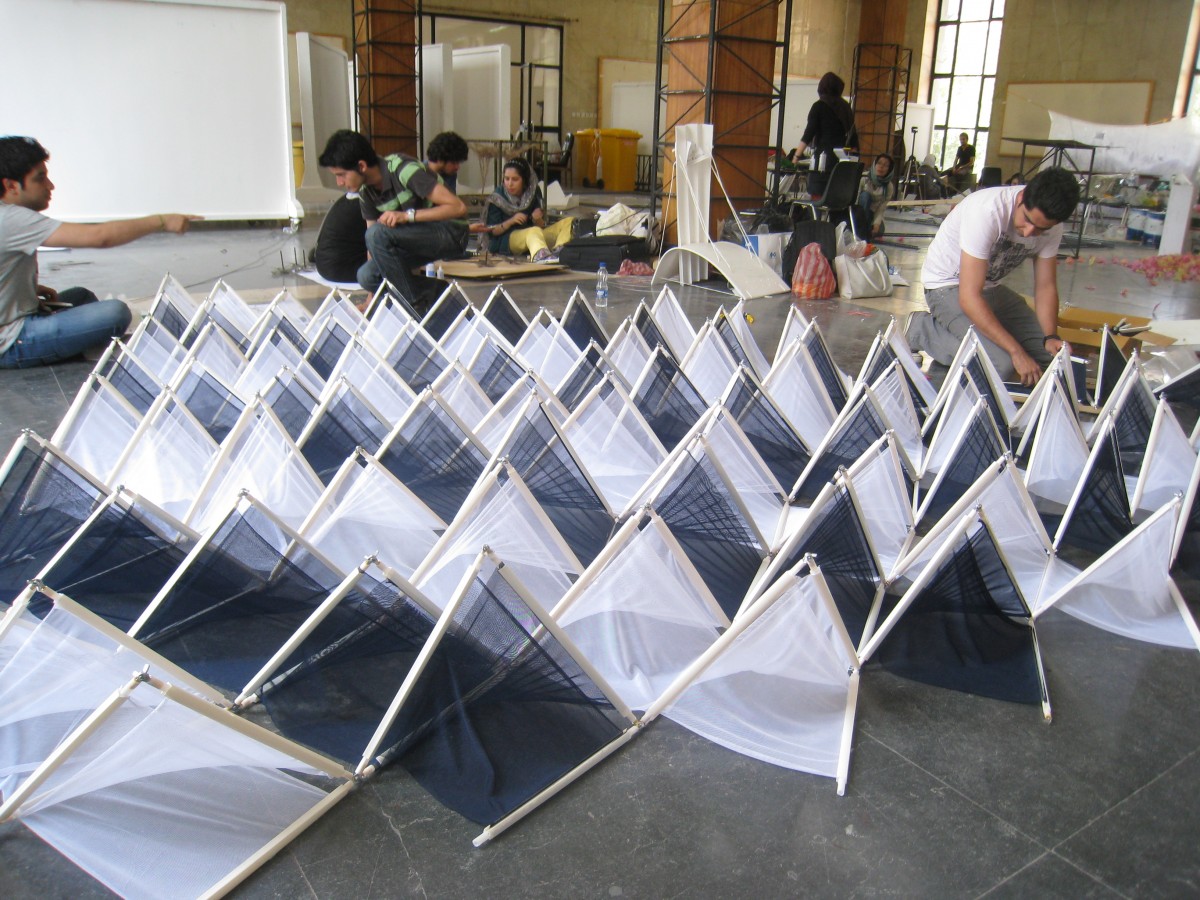 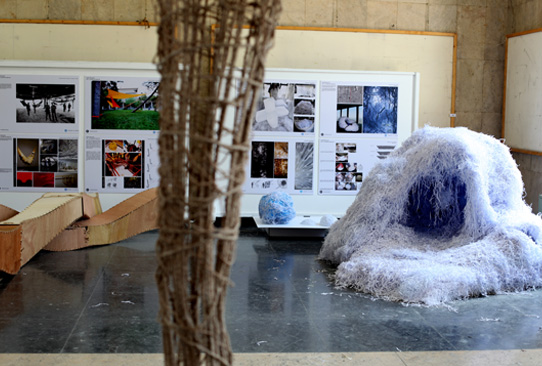 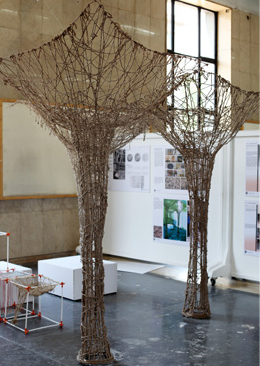 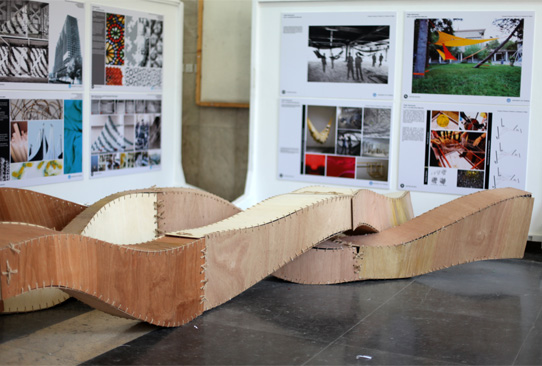 In this unit we will be designing templates for production lines and manufacturing sequences for intelligent panelling systems.
We will contest the idea of the conventional panelling / cladding system as being an entity that is designed as subordinate to- or relying on a preformed substructure to obtain a given spatial presence and act as boundary condition . We will discuss and investigate the possibility of designing autonomous panelling systems capable of obtaining varied spatial qualities through a series of pre- described operations and manipulations of a chosen sheet material. The panel will be able to be described and manufactured through the use of a simple template, but ultimately offer a broad range possibilities of complex spatial configurations when deployed.
Geometrical relations and analysis of local resources will inform the design of the production line affording flexibility and adaptability of the panel, while we endeavour to simultaneously optimise manufacturing, constructability and spatial qualities. The systems can be driven by notions of connectivity, networks, behaviours, interactions, relations as well as materiality and structure.
Students will be encouraged to come up with creative functional proposals for an event as a temporary inhabitation of a local environment in one of the many abandoned structures of Tehran. The tectonic systems will form the basis for a distinct vocabulary which will be further developed when addressing architectural issues such as spatial organisation, contextual conditions, cultural references and experience.

Phase 1: Inspiration and visual references
During phase 1 each student will research and present visual references in relation to their individual interest and previous investigation. These images can be found from a variety of sources such as art, technology, nature and culture. As a group, we will be analysing these images as potential drivers for your project and will be looking for embedded intelligence and premises for developing a distinct vocabulary. These references should be informative of a strategy and sensibility related to tectonic attributes such as envelope, structure, circulation and cultural and contextual activators.
Pin up: 1X A1

Phase 2: Inventing an event for the abandoned structures of Tehran
During phase 2 the students will, in groups, identify one or several abandoned or unfinished structures in Tehran. The groups will make site visits to the structure with the purpose of obtaining general site information such as site photos, dimensions, materiality etc.
After this the groups will come up with functional proposals for an event as a temporary, inhabitable occupation for the structure. The character of this event can be cultural, scientific, educational etc.
Pin up: 3X A1

Phase 3: Template, Form Finding and Panelling System
During phase 3 the groups will be experimenting with form finding in relation to their inspiration and event. Through smaller physical models and/or 3D modelling we will be designing the panel(s) as well as one or several ‘manufacturing templates’ for it. These will be used for producing larger 1:1 mock-ups of the panelling system as we start planning the final architectural proposal. Students will be approaching ideas of envelopes, structure and geometry based the tectonic system and manufacturing strategy.
Pin up: 3X A1

Phase 4: Program deployment and Scale
Phase 4 will be an opportunity to create a symbiosis between initial inspiration, function, program and tectonic system. We will place our program to scale and organise it on the site according to the tectonic system and overall concept. We will experiment with different massing solutions while forming a strong argument on program organisation. Different representation methods will be combined, and can vary from 1:1 complete mock-up to scaled physical models, plans, sections or collages showing the intended insertion of the architectural intervention on site.
Pin Up: 3 X A1